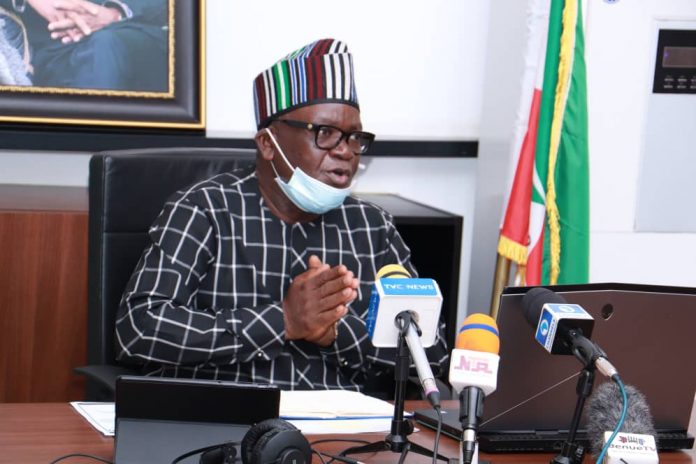 An appeal has gone out to Benue State Governor, Samuel Ortom from the Miyetti Allah Cattle Breeders Association of Nigeria (MACBAN) not to punish their ethnic group because of the line of business they are involved in.

Anaedoonline.ng understands the group spoke against the backdrop of the decision of the state government through the Benue State anti-grazing law to increase the fine on confiscated livestock from N2000 per cow to N50,000.

The Miyetti Allah said its members can’t afford such a heavy fine, adding that the law doesn’t apply to citizens of the state who are involved in the same business.

The Chairman of MACBAN in Benue State, Risku Mohammed called the attention of Governor Ortom to the issue during a press conference addressed in Makurdi, the state capital.

The chairman who spoke through an interpreter, his secretary, Ibrahim Galma said the new law is capable of chasing Fulani herdsmen away from the state.

Mohammed further stated that MACBAN was not invited to the public hearing on the bill amendment where the decision to increase the fine was tabled publicly and as major stakeholders in the business, they should have had a representative in such a dialogue.

He, therefore, appealed to the Governor to consider members of the group as indigenes of the state as well as they contribute to the economic and social life of Benue so they won’t be thrown out of business.

He said: “We are bonafide citizens and indigenes of this state because we vote. We are registered voters; we contribute to the economy of the state. Any administration coming to the state, our contributions have been there. We transact business and promote the dignity of the state and the country entirely.

“The livestock that we have is not a crime; it’s not a weapon but food that we have and also dispense to others. The whole state benefits from our livestock, so I’m appealing in that order that the N50,000 fine per cattle impounded as amended is not affordable to us.

“We have no other source of livelihood; our cattle are dying. The governor should not punish our race; I mean our ethnicity because our cattle which are part of our livelihood are diminishing. We are human beings and we have nowhere to go. We contribute to the positive development of the state and we are appealing that the state government should consider us,” he said.

The chairman further accused the enforcers of the anti-grazing law of looking away when the animals of indigenes contravene the law but other animals belonging to Fulani herders are always confiscated.

Mohammed added, “The law is not only applicable to cattle, it is for goats, pigs and also applicable to chickens. But none of these categories of animals have ever witnessed confiscation at the Government House quarantine centre and we have never also seen the indigene’s cattle confiscated.

“The law enforcers are always silent when it comes to that of indigenes. Mostly, it’s our (Fulani) livestock; we have never witnessed goats, chickens and pigs or any other animals belonging to indigenes confiscated. Up to date, these people’s livestock roam freely and graze openly.”