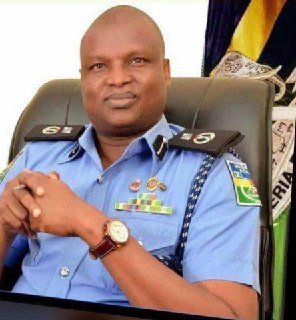 Abba Kyari, the former chief of the Intelligence Response Team (IRT), was chastised by an inquiry panel set up by the Inspector General of Police for a remark about his troubles.

The troubled super policeman had previously claimed that members of the Indigenous People of Biafra (IPOB) are behind his plight as a result of a raid against them in the South East, according to Anaedoonline.ng.

The charge was made by the suspended Deputy Commissioner of Police during his appearance before the inquiry panel at the Force Headquarters in Abuja, it was revealed.

LATEST: Abba Kyari Alleges IPOB/ESN Is Behind His Travails

However, the panel chastised the troubled police officer for blaming the banned organisation for his woes, according to the report presented to IGP Usman Baba and transmitted to the Police Service Commission (PSC).

In a similar story, investigations carried out by the police has revealed that the younger brother of Kyari received ₦235,120,000 from internet fraudster, Ramon Abass popularly known as Hushpuppi.

The report of the police also disclosed how the suspended Deputy Commissioner of Police transferred ₦44m to his brother’s bank account in multiple transactions.

The report, however, did not reveal if the younger brother of the suspended police officer was acting as a proxy for Kyari who is currently been detained by the National Drug Law Enforcement Agency.

The investigation report forwarded to the Minister of Justice and Attorney-General of the Federation, Abubakar Malami, disclosed that Kyari’s brother received a total of ₦279.120m from a cyber syndicate like Efe Martins (lead coordinator), Sikiru Adekoya, Usman Ibrahim, and Hussaini Ala.

17 February 2022: See How Much Naira Exchange To Dollar Today