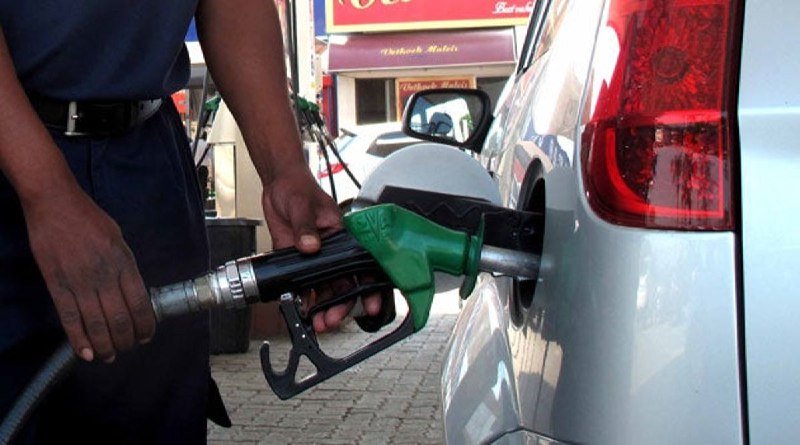 If nothing is done about a recent spike in its ex-depot price by private depot owners, the price of Premium Motor Spirit, commonly known as petrol, might approach or exceed N180/litre in most filling stations in the coming weeks.

According to reports, most private depot owners have increased the price of gasoline from the permitted N142-N145 per litre to between N162-N170 per litre.

This, according to oil marketers, has already caused some independent marketers’ filling stations to begin dispensing fuel at N180/litre, which is higher than the permitted and regulated pump price of N165/litre.

Furthermore, the sector’s regulator, the Nigeria Midstream and Downstream Petroleum Regulatory Authority, asked that independent marketers file a formal complaint, despite the fact that oil dealers said they had previously alerted the agency.

Although there were few filling stations in Lagos and Abuja that sold petrol above the regulated rate, Chief Ukadike Chinedu, the National Public Relations Officer of the Independent Petroleum Marketers Association of Nigeria, told our correspondent that many outlets in other states now sell the product at N170-N180/litre.

“Petrol is marketed for N167 to N170 per litre at private tank farms (depots),” he added. In fact, a friend told me that some tank farm operators in Port Harcourt were selling for N180 per litre.

“So I want to tell you that fuel will be available but it will be expensive in many more areas in the coming weeks if they (depot owners) continue like this.”

He explained that the non-supply of the products by the NNPC to the oil company’s inland depots had warranted the high cost of products at private tank farms.

“What is required is that the NNPC should supply these products to their inland depots to ensure that facilities such as Warri and Port Harcourt refineries and some depots have products so that marketers can take fuel at the approved N142-N145/litre price,” Ukadike said.

He added, “The National President of IPMAN, Debo Ahmed, has directed that all marketers should run 24 hours service and he appealed to security agencies to provide adequate security.

Why There’s Petrol Price Increase In the South East – IPMAN

“So that is what we need now and I also want to let you know that the price of petrol in some filling stations is above N165/litre as approved by the government. And this is because they are not getting the product at the approved NNPC price.”

When told that the commodity was still dispensed at the approved rate of N165/litre in parts of Abuja and Lagos, the IPMAN spokesperson replied, “If you watch closely, it is mainly the major marketers and some mega filling stations.

“And this is because these major marketers, who are far less in number than independent marketers, particularly in other states outside the two areas you mentioned, source their products from the NNPC.

On why the private depots were selling above the regulated price, Ukadike stated that this was what the government should address.

The oil marketer added, “If we buy PMS at N170litre, how much are we going to sell it in our filling stations? And tomorrow the authorities will come and lock up our stations and use police to arrest our pump attendants.

“Unfortunately, these things happen while the facts are there for all to see.”

It was gathered on Sunday that petrol sold for N250 per litre in some filling stations in Rivers State last week mainly because independent marketers purchased the commodity above the official depot price.

Also in Jos, Plateau State, it was learnt that the PMS price increased to between N175 and N200 per litre in some filling stations operated by independent marketers.

Reports from Bayelsa further confirmed the price increase, as it was gathered that a litre of fuel was sold for N170, N185, N195, N200, N215 and N250 at various filling stations operated by independent marketers.

Ukadike said the situation would persist unless the government called private depot owners to order.

He stressed that independent marketers would definitely run at a loss if they dispensed petrol at the official N165/litre rate after purchasing it at about N170/litre.

The manager of a filling station in Kubwa, a suburb in Abuja, confirmed that some private depots were dispensing above the rate approved by the government.

“Private depots are selling above the approved rate of N145/litre and if this continues, very soon petrol price will go above N180 even in Abuja because it is already like that in many states,” the independent marketer, who pleaded not to be named for fear of being victimised, stated.

The NNPC is the sole supplier of petrol into Nigeria for about four years running and it supplies the product to tank farms or depot owners, from where filling stations come to make purchases.

But when told the complaints of independent marketers against depot owners, the Group General Manager, Group Public Affairs Division, NNPC, Garba-Deen Muhammad, stated that he was unaware of the development.

“I’m not aware of that honestly,” Muhammad stated, as he maintained that the oil company had been bringing in products to ensure enough supply and that queues for petrol across the country were adequately cleared.

The NNPC recently stated that it was working hard to address the queues caused by the imports of adulterated petrol. It had announced that over 2.3 billion litres of PMS would arrive in the country before the end of February 2022.

This, it said, would restore sufficiency level above the national target of 30 days

It also stated that the oil firm had over one billion litres of petrol in stock, and the PMS being dispensed currently at various filling stations across the country was safe.

Also, when the Nigerian Midstream and Downstream Petroleum Regulatory Authority was contacted on the concerns of independent marketers about the hike in PMS price by private depots, its spokesperson, Kimchi Apollo, said filling station owners should lodge their complaints formally with the NMDPRA.

The NMDPRA is the regulatory agency for the downstream and midstream oil sector. It has the power to sanction erring depots and filling stations that dispense petrol above the approved rates.

But when told the response of the NMDPRA and asked if independent marketers had tabled their concern to the authority, the IPMAN PRO replied in the affirmative.

Ukadike said, “We have. This is because we have made it public that we are no longer buying this product at a government-stipulated rate. Rather we are buying it at between N162 and N170 per litre from private depots.

“Is it not for the authority to carry out its investigations and find out whether the issue we’ve raised is true or not? This is because if this is allowed to fester, the pump price of petrol will get to or above N180/litre.

“Do we need to carry placards or embark on strike? No! We want to remain peaceful in business and we don’t want Nigerians to suffer. If we say we are not going to buy, there will be fuel scarcity.”

He added, “Fuel scarcity, of course, will hit hard on the masses. Also, we have our facilities and tickets lying down, we need to buy products, sell and pay workers’ salaries. We need to maintain our facilities, pay rent both to government and others.”

The IPMAN PRO emphasised that the hike in depot price for PMS was the major reason why the commodity was being dispensed above the official N165/litre price in many fillings stations belonging to independent marketers in states.

“That is why you see different rates higher than the official price in filling stations in many states because there is no way you can buy at between N165 and N170/litre and the government will expect you to sell at N165/litre,” he stated.

Asked what could be the reason why the NNPC often supply PMS to private tank farm owners, the IPMAN official said, “When you ask them that question, they will say it is because of pipeline vandalism.

“But who’s responsibility is it to protect these pipelines? Is it not for them to strengthen their systems? Why are they choosing to send their products to private tank farm owners rather than their own depots? Most of their inland depots have no product.”

An official at the NNPC said some private tank farms were easily accessible for smaller vessels to discharge PMS, but noted that it was the regulator’s duty to ensure that these depots complied with the approved ex-depot price to forestall a widespread hike in the pump price of petrol.

When contacted, the Executive Secretary, Depot and Petroleum Products Marketers Association of Nigeria, Olufemi Adewole, did not respond. A text message sent to him on the matter had yet to be replied to up till when this report was filed in.

21 February 2022: See How Much Naira Exchange To Dollar Today

Strike: ASUU NEC Set To Meet FG As They meet In Abuja