LATEST: See Where Nigeria Is Ranked In Global Terrorism Index 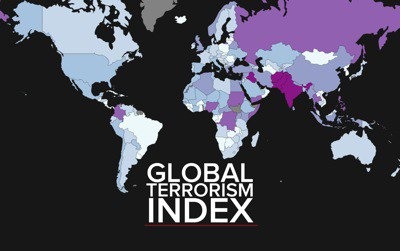 Nigeria is now ranked sixth in the Global Terrorism Index.

This comes as a consequence of victories in the country’s struggle against Boko Haram militants.

According to the study, Nigeria fell two spots from fourth rank, which it had held since 2017.

Nigeria, Syria, and Somalia are the only countries among the ten countries most impacted by terrorism to increase their scores from 2020 to 2021, according to the Global Terrorism Index (GTI) issued by the Institute for Economics and Peace (IEP), an independent and non-profit think tank.

According to the research, the number of terrorism-related deaths in Nigeria has decreased.

The reduction was attributed to the death of Boko Haram commander Abubakar Shekau, as well as the Federal Government’s attempts to destroy the group.

“Total terrorist deaths in Nigeria reduced to 448 in 2021, the lowest number since 2011,” according to the study. When compared to the previous year, the number of people killed or injured as a result of terrorism has decreased by about half.

“However, between 2020 and 2021, the number of terrorist assaults grew by 49%. ISWA claimed responsibility for 36% of the assaults, Boko Haram for 8%, and the other 44% were not assigned to any organization.”

It explained that in 2020, ISWA became the deadliest terrorist group in Nigeria, saying that the decline of Boko Haram continued into 2021, with Boko Haram responsible for only 69 deaths, a decrease of 77 percent from the previous year.

According to the report, it is the lowest number of deaths by the group for a decade, stressing that Boko Haram’s decline has resulted in a substantial improvement in terrorism in Borno State, which experienced a decrease of 71 percent in terrorism deaths when compared with the previous year.

LATEST: Buhari Jets Out To London For Medical Checkup