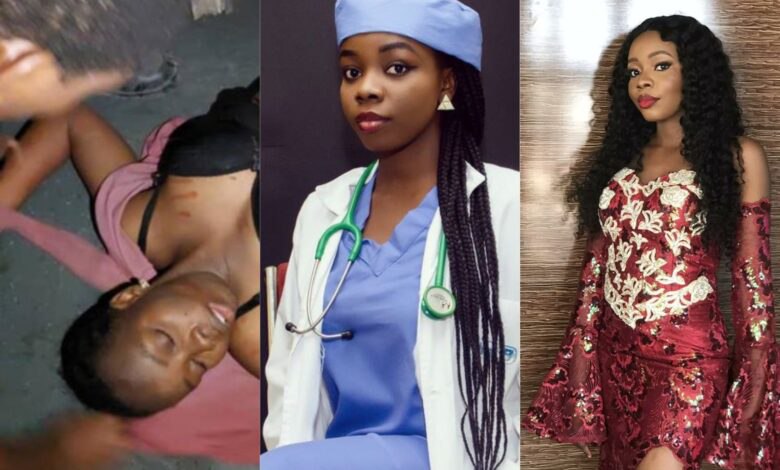 Megafu Chinelo, a doctor who died in the Abuja-Kaduna train incident, allegedly resigned and planned to leave the country, according to friends.

Remember that on Monday,  reports revealed that a suspected terrorist exploded a bomb on the Abuja-Kaduna train route.

Loretta and Abdul, two cleaners and employees on the targeted Abuja-Kaduna train, apparently died during the terrible occurrence, according to reports reaching Anaedoonline.ng. Their bodies have been deposited at St. Gerald’s Catholic Hospital in Kaduna.

Chinelo took to Twitter immediately after the incident, at 9:43 p.m., to request that Nigerians pray for her.

She wrote: “I’m in the train. I have been shot please pray for me.”

A friend of the deceased reacting to the incident has alleged via Facebook that Chinelo had resigned the month before and was about to relocate from the country.

“She resigned last month to leave the country this Friday then this happened. Nigeria why???”

Speaking to Newsmen, another friend of the deceased said, “Yes, it’s true, though I don’t know when she was meant to leave. May her soul Rest In Peace.”

JUST IN: Shameful As Super Eagles Fail To Qualify For 2022 World Cup