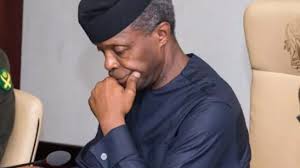 Vice President Yemi Osinbajo has abandoned the All Progressives Congress (APC) branch in Lagos in favor of his native state.

This comes only days after the vice president addressed Nigerians about his decision to run for President in 2023.

Osinbajo indicated in a tweet on Monday that his choice to run for president was motivated by a desire to give his fair share to the country’s progress.

His spokeswoman, Laolu Akande, confirmed this in an interview with Newsmen.

According to Laolu, the Vice President, Osinbajo revalidated his APC membership status in Ward One, Ikenne, Ogun State on February 9, 2021, and relocated his membership to Ogun State.

Prior to decamping, Osinbajo was a chieftain of the Lagos APC with his polling unit at Code 33, Unit 2 Victoria Garden City, Lagos.