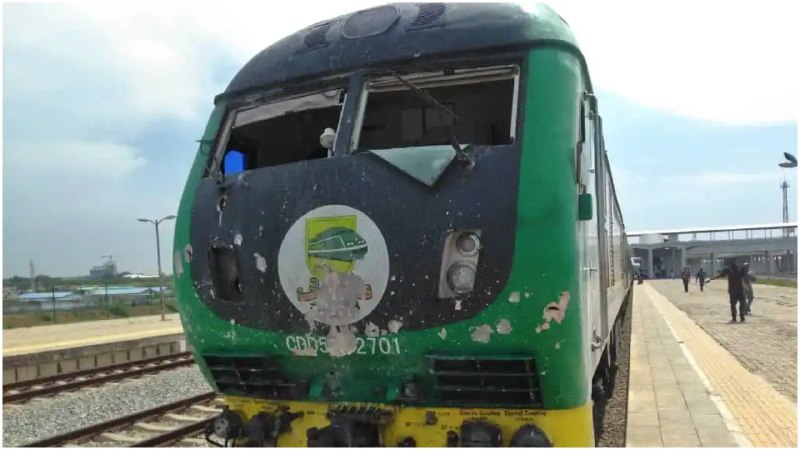 According to preliminary assessments, the attack on the Abuja-Kaduna train on March 28, 2022, was carried out by displaced Boko Haram militants and outlaws.

The two criminal gangs conspired to carry out the terror assault on the passenger train, according to Lai Mohammed, the Minister of Information.

After the Federal Executive Council (FEC) meeting at the Presidential Villa in Abuja, he delivered these remarks to State House media alongside the Minister of Defence, Major General Bashir Salihi Magashi (rtd).

The Federal Government, according to Mohammed, is already combating terrorist activities in the North West and investigating the terror incident.

When Magashi was requested to offer information on the train attack’s perpetrators, the minister interrupted him.

“Right now, there’s a type of unholy handshake going on between robbers and Boko Haram insurgents,” he claimed.

“Preliminary accounts of what happened during the Kaduna train assaults reveal that the bandits and the evicted Boko Haram militants from the northeast collaborated in some way.” I can tell you with absolute certainty that the federal government is on top of this.”

The administration, according to Mohammed, is working really hard to rescue the abducted victims and solve the mysteries behind the train assault.

“I believe the Honorable Minister of Defense has handled the concerns,” he stated. One, since we have lives to live, what the federal government is doing will not be the subject of a news conference.

“And that the various arms of security are working night and day to unravel the mystery surrounding the kidnap the attack as a whole, the kidnap people. What I can assure you is that you get the respective arms of government actually engaged as we speak, in getting those, you know, victims released. It’s natural for anybody who is a father or a mother of a kidnap person to be worried and to be concerned.

“But at the level of government, we appreciate that and we are leaving no stone unturned, but we’ll give you specific steps we’re taking I think it will be counterproductive and not going to aid or help those who are kidnapped or help you know, the security forces who are tracing and ensuring that there’ll be no repeat of such attacks.”

Earlier in his response, Magashi said the federal government does not know the group behind the train attack, addding that the security chiefs are working hard to unveil the perpetrators.

He said: “Honestly, I think the security chiefs are working hard to unveil those that are involved, and we will tell you very soon those that are carrying out these attacks. Both Jos and Kaduna, we will come and explain to the public what is really going on and our efforts to ensure that all these activities are stopped once and for all. We are rarely on top of the situation, we are planning hard and we will get it out as soon as possible.”