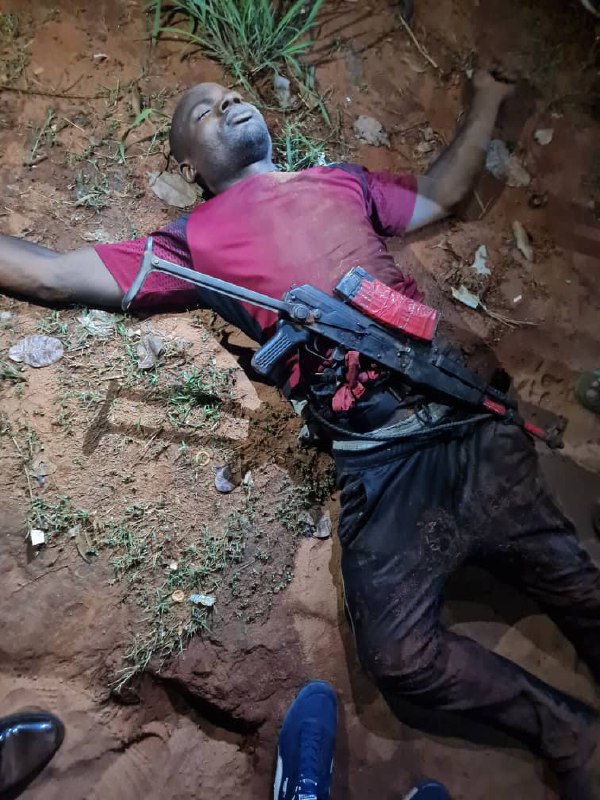 Anambra State Police Command officers, commanded by the State Commissioner of Police, CP Echeng Echeng, have murdered a member of a gang that attempted to attack another police station in the state.

The group of gunmen stormed Nteje police station, but their luck ran out when command operatives received a tip-off and launched a counter-offensive on them, according to Anaedoonline.ng.

The latest attack on Nteje police station was revealed by Anambra State Police Command’s spokesperson, DSP Toochukwu Ikenga, who stated the gunmen arrived in the state around 3 a.m. on Thursday.

He said the CP led operatives to the affected police station, where one of the gunmen was felled, and a riffle and magazine recovered from him.

A press release by Ikenga read: “Anambra Police Operatives led by CP Echeng Echeng today 14/4/2022 at about 3am foiled an attack by gunmen at Nteje Divisional headquarters Oyi LGA.

“The Operatives recovered one type O6 rifle, one magazine and fifty- three live ammunition of 5.56mm and charms.

“The Commissioner of Police CP Echeng, led the crack squad, when responding to the distress call as the station came under attack by the deadly gang. The Police Operatives decisively dealt with the assailants.”

“During the gun duel, one of the gunmen was neutralized and due to the superior fire of the police operatives made the assailants flee the scene. The station was secured and all police operatives and arms are intact,” Ikenga said.

The spokesperson quoted CP Echeng as reiterating that the command will not relent in delivering on its mandate of protecting life and properties.

He also commended the officers and men of the command for their perseverance and painstaking efforts to weed out all criminal elements in the State.