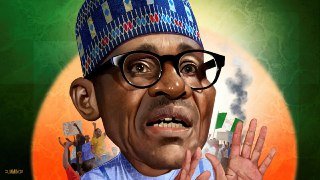 Nigerians have responded to President Muhammadu Buhari’s choice not to resign in the face of escalating insecurity in the country.

Following the persistent attacks and killings in the North and across the country, the Northern Elders Forum (NEF) called on Buhari to resign immediately.

President Buhari responded to the NEF by saying that his resignation call is not a solution to the country’s security problems, and that his government has taken major steps that will yield results in the fight against insecurity soon.

Insecurity: Buhari Reacts After Northern Elders Called For His Resignation

President Buhari’s spokesman, Garba Shehu, said in a statement on Wednesday that he will not be drawn into a high-decibel media circus.

In a democracy, only unsuccessful politicians employ this type of publicity to engage with people, according to the president.

Some Nigerians, on the other hand, have gone to social media to criticize the administration for neglecting to confront the ongoing terrorist deaths of innocent Nigerians.

Supporters of President Muhammadu Buhari praised the president for calling out Northern elders for playing politics with insecurity.

See some of the reactions below:

@Ghata09507022 wrote: “We know he won’t resign. Who told him we are interested in his resignation? His seat as a President is already vacant, we are just waiting for an official declaration in that regard.”

@detunjifisayo wrote: “Let him finish his tenure so we will know he finished his hardship, pain and agony.”

@simbenchisam23 wrote: “And the blame game continues after 7 years the APC still blame the past administration 🙄🙄🙄 wonder shall never end.”

@ThoseWell wrote: “Decades of neglect he made everyone believe he can and will fix. This is the basis for their clarion call.

“By the way, I can take care of it in under 3 months. Discount human rights for terrorists, they are not entitled to it. Treat them the Israeli way. No mercy!”

@aladeniyi_ wrote: “Irresponsible government always throwing blames around. Was that what you told us pre 2015?“