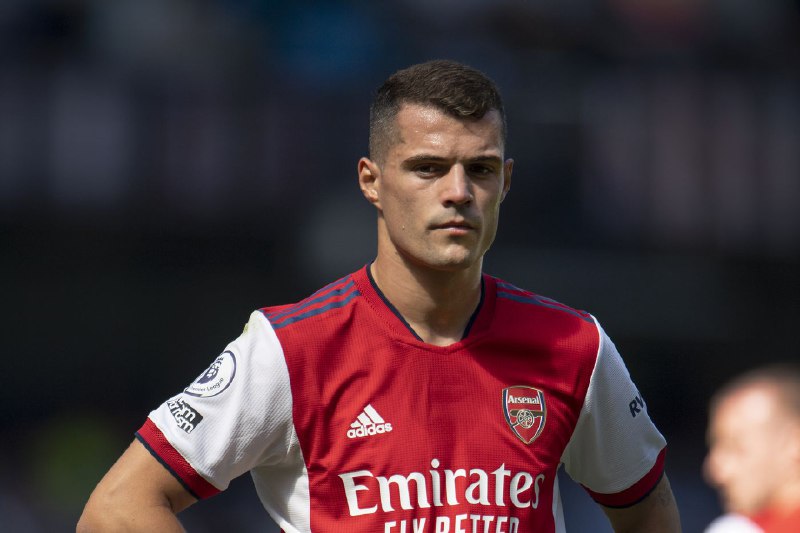 Granit Xhaka, a Swiss professional footballer who plays as a midfielder for Arsenal in the English Premier League, has spoken out against the club’s supporters’ hostility.

When the North London team lost a match, the 29-year-old footballer claims he received a lot of hate from the crowd.

According to Anaedoonline.ng , Xhaka informed reporters that he was fed up with the lack of support and animosity from supporters and has packed his belongings to leave the club.

The Gunners midfielder confessed how he had written off his 2019 stay with the club.

Xhaka, who is still with the London club until 2022, alleges that he is now ‘done’ with the Gunners and that he can still see furious supporters’ expressions even when he shuts his eyes.

Speaking further about his career with the club, Xhaka told Players’ Tribune that: “I had barely begun to move when I heard the boos.”

He said: “And it was not just a few guys in the corner – it was a lot of people. I was shocked. I had never experienced anything like this.

“This is hate. Pure hate. I am really not exaggerating this.

“To feel that level of hatred and disrespect – I wouldn’t want it for my worst enemy,” he said.

“Still to this day, if we have lost, I hate walking those last metres to the tunnel, because I still recognise the faces. The same people are sitting there.

“So now, I just keep my head down. I lived through that nightmare once. I don’t ever want to do it again.”

UPDATE: Ooni Of Ife Welcomes Daughter With Another Woman