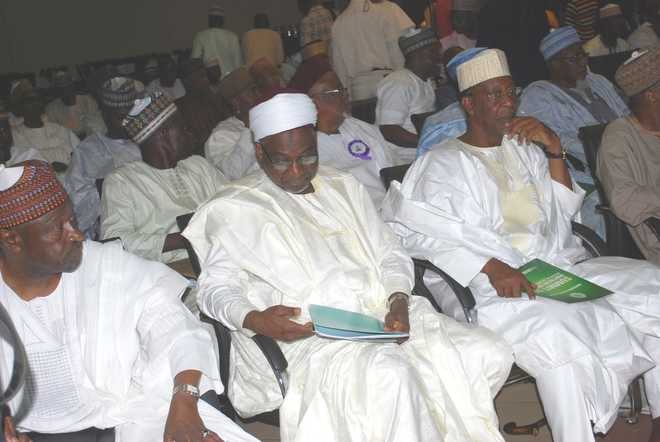 The NEF has demanded Buhari to resign, according to Anaedoonline.ng, because of the ongoing attacks and killings in the North and across the country.

According to the forum’s spokesperson, Dr. Hakeem Baba-Ahmed, the All Progressives Congress-led administration has failed to protect Nigerians’ lives and property.

In a statement issued on Wednesday by Garba Shehu, the administration slammed the NEF for demanding the President to resign over the country’s rising insecurity.

On Thursday, Adesina wrote a piece titled “Hiding under the cover of insecurity,” in which she claimed that the NEF’s request for resignation was political and unwarranted, and that the forum’s members were just upset.

The presidential spokesperson claimed in an essay posted on his official Facebook page that the NEF members are just disappointed that their attempt to join Buhari’s administration failed.

He wrote, “The point of interest today is the hackneyed calls on President Buhari to resign over the country’s security challenges, the latest coming from a so-called Northern Elders Forum (NEF), a group I’d once described as “generals without troops.”

“The Forum is largely made of angry, bitter, self-seeking individuals, who had thought they would be leading President Buhari by the nose when he emerged in 2015. In fact, key personalities in the group made strenuous efforts to be part of the administration. When they didn’t succeed, they became adversaries.

“It is on record that NEF had always opposed the Buhari administration since its gambit failed, and before the 2019 presidential election, it openly endorsed Atiku Abubakar of the People’s Democratic Party as the next President.

“And that completely vitiates whatever position the Forum adopts today. It is partisan, bilious, by no means neutral. It is from a self-serving standpoint.”

Furthermore, Adesina said individuals, groups, and opposition parties, who had been against the President are now using the security challenges in the country to attack the current government.

The presidential aide added that the opposition parties, who were defeated at the polls, are using another means to oust the president.

He asserted that there were issues of insecurity globally and that President Buhari was sparing no effort in addressing the worsening insecurity in the nation.

He said: “Between 2009 and 2022, there were at least 271 mass shootings in the United States of America, resulting in 1,518 people killed, and 980 wounded. Just this week, there has been the Brooklyn Subway Shooting, in which at least 23 people were critically injured.

“Every life is important. No single life should be taken wantonly. Not in America, Europe, Asia, Africa, and definitely not in Nigeria. And when challenges occur, as we currently have, it should not be turned to a leaky political umbrella, from under which you hide to express hatred and malice.

“That is what is happening in Nigeria today. Individuals, groups, organizations, political parties, who had been against President Muhammadu Buhari, and who had been given bloody noses at the polls, are now using the smokescreen of insecurity to vent their spleen.

“We failed to oust him through the ballot box, let’s run him out of town by another means. Let’s instigate the country against him. But the majority of Nigerians know better.”