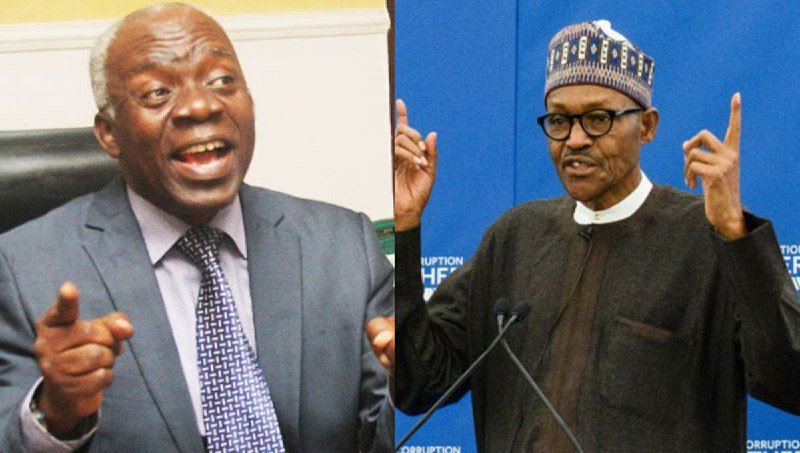 Falana said other imprisoned offenders should be given the same privilege as the late Afenifere Publicity Secretary, Yinka Odumakin, at a one-year memory session for him.

On Thursday, the Council of State meeting presided over by President Buhari pardoned the former governors, along with 157 others, who were imprisoned for corruption.

Femi Falana, while claiming that the pardon for Nyame and Dariye was unjust, argued that all citizens are equal under the 1999 constitution.

He believes that the state pardon should be extended to all thieves and criminals already spending time in prison.

“All crooks, thieves, and criminals in our jails, in my opinion, should be freed.”

“Because section 17 of the constitution states that all citizens must have equal rights, and section 42 states that no discrimination shall be made on the basis of race, gender, or any other factor, you can’t just pick away two individuals and leave the rest.” “It’s against the law,” he stated.

Falana stated that the 1999 constitution should be referred to as Decree 24 of 1999.

He said that the so-called constitution was not properly signed by Abdulsalam Abubakar, the then-President of the Republic.

Falana said: “What the National Assembly has continued to do is to amend illegality. The so-called 1999 constitution is really decree 24 of 1999. When you see the so-called constitution, you will not the signature of the man who signed the law, that’s the fraud.

“When you see a law, the name of the person who signed it should be there with the date.

“Decree 24 of 1999 was promulgated by General Abdulsalam Abubakar on the 5th of May 1999 but today you will not see his name on it. It’s a fraudulent document.

“The decree was imposed on us the last set of military dictators in Nigeria headed by Gen. Abubakar and because that document is okay for members of the ruling class regardless of their political parties, ethic regional or religious inclination, they are all comfortable with the document so they can’t do anything about it including all those we are campaigning today to be President.

“It is to retain the status quo and perhaps adjust it here and there, that is the only thing they are saying, so those who are contesting particularly on the platform of the ruling party are saying we are going to continue the programme of the Buhari administration that has put our country in problem.

“Nigeria has become a huge joke in the committee of nations and so for any set of people to say they want to package his rickety vehicle and begin to panel beat it, it’s not going to move.”

2023: Posters Describing Osinbajo As A Betrayer Surface In Abuja