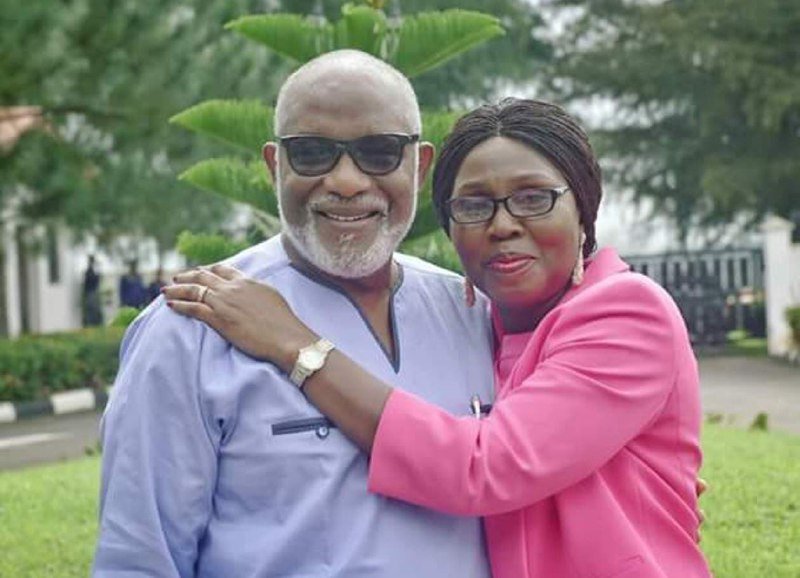 The Peoples Democratic Party (PDP) has accused Governor Oluwarotimi Akeredolu of Ondo Public of misusing state funds to promote his wife, Mrs Betty Akeredolu, in her bid for a senatorial seat in Imo State.

Mrs Akeredolu has expressed her desire to contest for the Imo East Senatorial District under the flag of the All Progressives Congress, APC, in the general election in 2023.

The PDP’s state Publicity Secretary, Kennedy Peretei, claimed the Ondo first lady has been nursing her senatorial aspirations since her husband became governor, according to a statement released over the weekend.

PDP added that the part of the move to use state resources to support the Mrs Akeredolu was that, some of the Free School Shuttle buses bought by the former Governor Olusegun Mimiko for easy movement of school children were sighted in Owerri, Imo State capital.

“Mrs Betty Akeredolu is desirous of joining the league of wives of former governors in the Nigerian Senate. The first was Senator Zainab Kure, wife of former Governor of Niger State, Engr. Abdulkadir Kure. Zainab was elected to represent Niger South Senatorial District in 2007 at the end of her husband’s second term as Governor.

“The other person is Senator Oluremi Tinubu, wife of APC leader Bola Ahmed Tinubu, a two term Governor of Lagos State. Senator Remi was elected to represent Lagos Central Senatorial District in 2011. She was re-elected in 2015 and 2019.

Reacting, the Governor’s wife who slammed the PDP over the statement, said it was an effort to disparage her.

In a statement released by Debo Akinbami, Special Assistant to the Governor on New Media and Archives, the first lady said it was false “that the first Lady is dependent on the Ondo State exchequer fund political aspiration.”

Catholic Priest, Fr Oluoma Reveals What It Means To Eat In The Dream