Catholic Priest, Fr Oluoma Reveals What It Means To Eat In The Dream 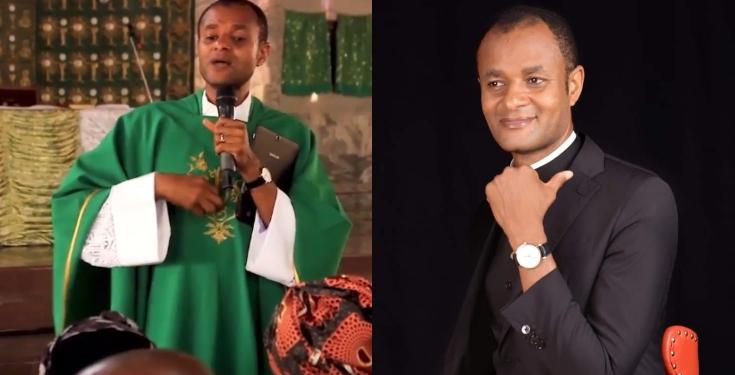 Rev Oluoma Chinenye, a priest of the Catholic Archdiocese of Abuja, has taken the time to respond to one of the most often asked topics among Christians.

Christians and nonbelievers alike have wondered, “What does it mean to eat in a dream?” at some point.

In a video posted on his Facebook page, the cleric argued that people’s problem is a lack of awareness, which is why they are easily duped on the matter.

It is incorrect, according to Oluoma, to imply that someone is being attacked or possessed when they eat in their dreams.

The priest claimed that he eats in his dreams and that this has been happening since he was a child.

He claims that nowhere in the Bible does it say that eating in a dream is a sign of a demonic invasion.

Oluoma went on to say that if you read the bible, you’ll see that God feeds people while they sleep.

He used the example of Elijah, who on his route to Mount Horeb ate the meal of an angel.

The Priest described Peter, who was instructed to kill and eat by God in a dream.

He cited Mark 16, in which Jesus declares that even if people consume poisonous things, they would not be harmed. As a result, he claims that eating in dreams is not a negative thing.