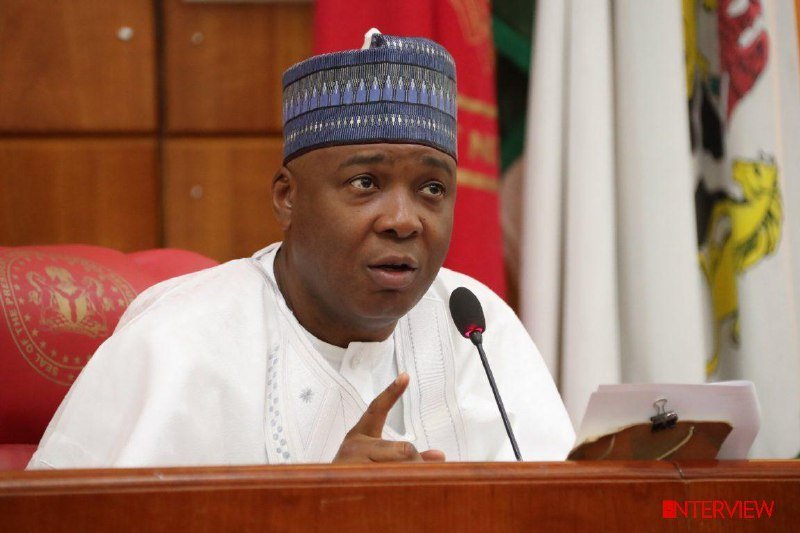 Dr. Abubakar Bukola Saraki, the former President of the Nigerian Senate, is working for a consensus to limit the Peoples Democratic Party’s (PDP) presidential contenders ahead of the party’s primaries.

Saraki’s media aide, Yusuf Olaniyonu, informed this, according to Anaedoonline.ng.

Olaniyonu also added that whatever decision made by the PDP on the manner and site of the primaries would be acceptable to his principal since he is a true party man.

Saraki’s desire for consensus, he told Newsmen in an interview, isn’t about presenting only one candidate for the party’s presidential primary.

“All we’re simply saying is that, reduce the number to a manageably low rate. Now 17 people have taken forms. The date of picking forms has not closed. More people will still pick. But you see, any serious party that wants to win an election cannot go to primaries with 17 aspirants. You cannot. It will be difficult for the party to handle. It will make the convention very complex. What we have started canvassing is to reduce the number to a manageable extent,” he said.

He stated that the move by Saraki, Governor Aminu Tambuwal of Sokoto State, Governor Bala Mohammed of Bauchi State, and Mohammed Hayatudeen is to create a situation where aspirants can discuss among themselves, persuade each other, and some step down for the other, resulting in a massive reduction in the number of aspirants.

He noted that when the All Progressives Congress (APC) was an opposition party in 2015, it had a lot of individuals interested in the presidency, but only five persons got on the ballot at the Lagos convention.

Saraki’s aide said if a consensus is not reached the PDP might have many aspirants battling for its ticket as 17 people have already picked up their forms, with the possibility of that number rising to 20.

He said: “What they’re simply saying is that, reduce the number. Look for four serious aspirants. Let the aspirants meet of their own volition without anybody compelling them to debate among themselves. And say, let’s start the process. Let’s show a good example. Let’s show people that even in Nigeria that you struggle; you need consensus building. In a country that has these kinds of problems, you need bridge-building. You need people to agree among themselves and put the interest of the nation and the interest of the party above personal ambition.

“So they said, if we show good examples. So three of them started; two governors and a former senate president. Because of the good initiative that they started, one other person joined them; a former MD (managing director) of a leading bank. So there are four now. They are saying that we are ready to produce only one of us among us and the three of us are ready to support one person. That’s in the first instance.

“They now said, once we have started, let us encourage others. And that’s how you see them taking their message of building consensus and meeting ground of unity and cooperation; extending it to others. They’ve seen all the 11 governors.

“Apart from that, they’ve also gone to see top stakeholders of the party. That’s driving the message. Now, they’re even saying that probably next week they want to have a meeting with other aspirants from other zones; to encourage them to also have the same arrangement of working together to reduce the number.”

Olaniyonu said the initiative by Saraki and others is sparking a strong discussion in the south, where the South-East aspirants; Anyim Pius Anyim, Peter Obi, Ohuabunwa and Anakwenze are in discussion with each other.

He said if they are successful, the PDP may end up having three or four aspirants going to the primaries.

“Saraki who has always been their spokesperson has always said in their own group, all the four of them are qualified to be President of this country in terms of experience, what they’re putting on ground, knowledge, in terms of educational attainment and all of that. Each of them is qualified. But they believe that the interest of the nation, the survival of the party and the unity of the party, all these considerations are bigger than the individual ambitions of the aspirants.

“The consensus they are canvassing is not about imposing one person. It’s about reducing the number of aspirants to give manageable options and choices,” he said.

Oyedepo Warns Nigerians Over 2023, Says They Have Short Memory