Why We Suspended Student In S3x Video With Classmate – Chrisland School 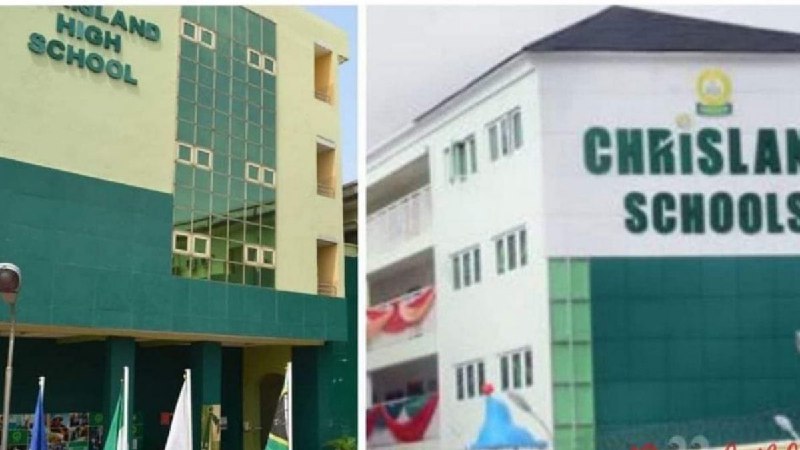 Chrisland School has explained why a 10-year-old pupil was punished for engaging in inappropriate behavior with her classmates.

As previously reported by Anaedoonline.ng, the student reportedly participated in inappropriate behavior with her coworkers during the World School Games in Dubai from March 10 to 13, 2022.

The school stated the cause for the suspension in a statement dated 14 April 2022 and signed by Chrisland School Head Teacher, Mrs G.I. Azike, as well as stating that the 10-year-old deliberately engaged in a truth and dare game.

The statement, titled, Indefinite suspension of …(the female student), partly read, “It was discovered that your daughter was involved in improper behaviour during the recently concluded World School Games in Dubai with a few of her counterparts willfully participated in a game they called Truth or Dare’, a game which led her and a few other co-learners to carry out an immoral act after the lights-out instruction was given.

“In line with our core values centred on discipline, Chrisland Schools have zero tolerance for any improper behaviour and misconduct. A full-scale investigation has been done and the parents of all the culpable learners have been duly notified of the necessary punishment meted out on the learners.

“However, in the course of the school’s efforts to see how best we can help…who was a major participant in the whole incident, every effort to inform you as her parents about the incident and ensure that this improper behaviour is permanently corrected, has proved to be futile.

“We cannot as a school condone such. Consequently, (the student) is hereby placed on an indefinite suspension until you as the parents ensure that she is punished, adequately counselled and rehabilitated.”