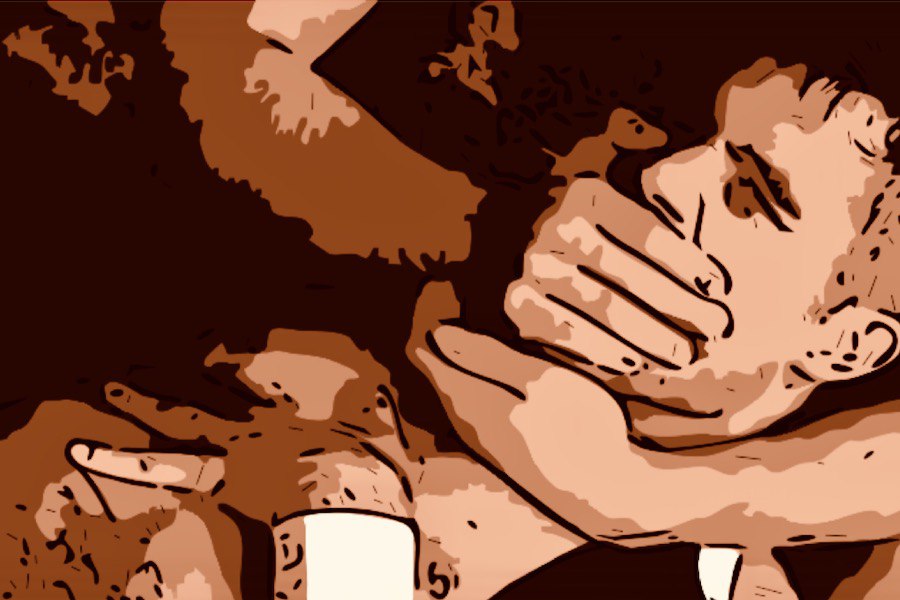 After masterminding the rape and gang attack of his biological daughter, a Delta State man is said to be on the run.

The suspect, simply known as John, allegedly accused his teenage child, who lives in Ogwashi Uku, the seat of the state’s Aniocha south council area, of taking his money.

According to reports, the suspect then invited several local thugs to beat up on the 16-year-old girl, following which they (the thugs) gang-raped her.

The woman was allegedly approached on the road by a resident of Agidiehe quarters while on an errand for her mother.

Reporting, According to the findings, the girl’s mother had been separated from the suspect for the last ten years.

According to the complaint, John brutally battered the lady in her rented flat before confronting her daughter on the street and accused her of conspiring with the mother to take his N50,000.

He is said to have dragged his daughter into his residence, where the goons he brought inflicted severe assaults on her before getting sexual knowledge of her in turn.

According to Anaedoonline.ng, several members of the community broke into the room, rescued the girl, and transported her to the state hospital in Ogwashi Uku, where she is presently undergoing treatment.

On Wednesday, April 20, the command’s spokesperson, DSP Bright Edafe, confirmed the occurrence, saying that the girl’s mother had reported the incident to the police.

According to him, the police can not confirm the authenticity of the story since statements were yet to be extracted from the father and daughter adding efforts were being made to arrest the fleeing dad.

Meanwhile, popular Human Rights Activist, Harrison Gwamnishu had also confirmed the incident in a Facebook post, adding that pictures of the victim are too bad to share.

“My mother had sent me to her sister to tell her how my father beat her and it was on my way that my father met me and took me to the house and locked me inside where the boys inflicted wounds and he, my father shaved my hair,” the girl was quoted as saying.

21 April 2022: See How Much Naira Exchange To Dollar Today