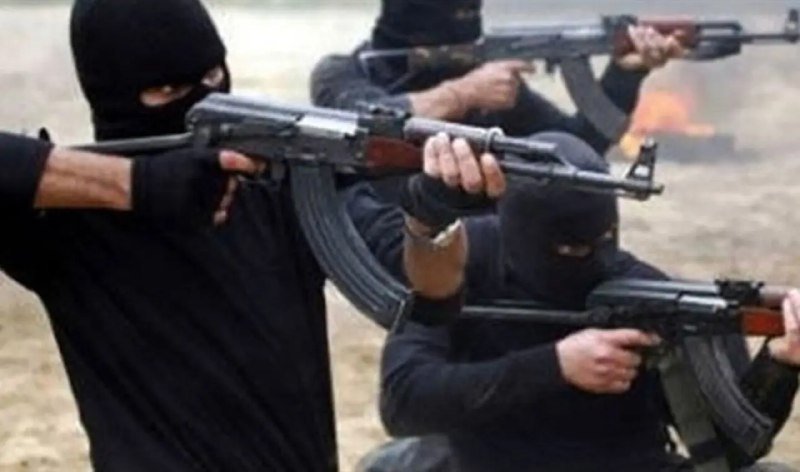 Unknown gunmen in the South East have made their demands known to the Federal Government by targeting public institutions and killing innocent individuals.

Terrorists in a video acquired by Anaedoonline.ng on Friday promised to continue wreaking havoc until their demands were granted.

The gunmen said in a video made in a jungle that their objective is to preserve the South East at any costs, stating that they had no sponsors as has been suspected.

Unknown Gunmen: Group Reveals Those Responsible For Attacks In Anambra

The culprits also revealed that they are neither under the leadership of Simon Ekpa, a self-proclaimed follower of IPOB commander, or Ralph Uwazuruike, a former MASSOB leader.

They demanded that Nnamdi Kanu, the leader of the outlawed Indigenous People of Biafra (IPOB), be released from incarceration by President Muhammadu Buhari.

According to the criminals, the Monday sit-at-home is sacrosanct in the region, adding that the release of the IPOB leader is the only thing that can stop them from enforcing it.

The gunmen also vowed not to allow the forthcoming 2023 general elections to take place in the South East, saying that anyone planning to conduct an election in the region will be killed.

“We the unknown gunmen in Biafraland have come to make our position known to the public. We are here to protect our fatherland by all means. We don’t have any sponsors. And we are not planning to have.

“There shall be no election, and anybody that attempts any election matter will die.”

“Emma Powerful, Chinasa Nworu, Justice Udo, and three other persons in USA who we are still trying to get their full identity have been bribed by the government of Nigeria.

“You people sent men to harm Senator Enyinnaya Abaribe and they refused, because that is what the government of Nigeria gave you money for. You went further to send the names of these boys to the media when they refused to obey your instruction,” one of the gunmen said.

“From now henceforth, we declare you people wanted anywhere in the world. We shall hunt you people by all means, I swear. Chinasa Nworu and co, your days are numbered.”

“And for the INEC people, what will happen to you when we get you, only God knows.

“No more posters, political posters in Biafraland. If you try us, you campaigning, fire will burn you. Fake media, fake Biafra media, you can post any rubbish, we the unknown gunmen have endured enough from you. We shall no longer tolerate any rubbish from the media again. Be warned,” one of the gunmen said in the video.

UNDERSTANDING THE FRUSTRATIONS OF AN OUTGOING SENATOR – PART 6.