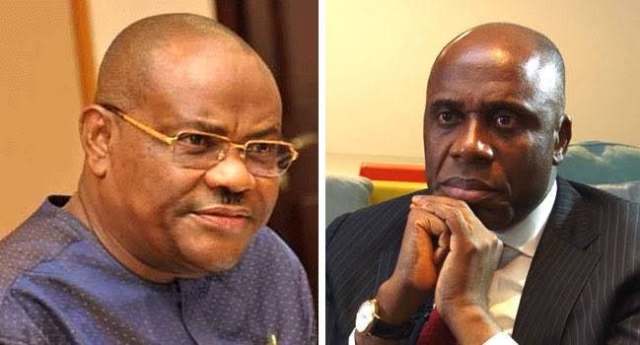 Ohanaeze Ndigbo, the apex Igbo socio-cultural group, has stated that either Rotimi Amaechi or Nyesom Wike might succeed President Muhammadu Buhari in 2023.

The Igbo group issued a statement through its Secretary-General, Mazi Okechukwu Isiguzoro, which was made accessible to Newsmen.

He said that the Ohanaeze Ndigbo Worldwide’s hunt for a Nigerian President of Igbo descent has expanded beyond the South-East zone to include “our own in the South-South Nigeria.”

According to him, “it became necessary for the Igbo to jettison artificial separation through boundary adjustment by the Military and then reunite with our kith and kin in the Niger-Delta region.”

He noted that “the Ohanaeze Ndigbo constitution written by our founding fathers, in their wisdom, enshrined that Anioma in Delta and Ikwerre in Rivers State are part of Igbo speaking States, as we have seen in Late Amb Raph Uwechue and late Col Joe Achuzia from Anioma in Delta State, who led Ohanaeze Ndigbo as President-General and Secretary-General, respectively, likewise Dim Uche Okwukwu from Ikwerre in Rivers State, who is the immediate past Secretary-General Ohanaeze Ndigbo”.

Isiguzoro added that, “Governors Okezie Ikpeazu and Ifeanyi Ugwuanyi have not abandoned the quest for the Igbo to succeed President Buhari in 2023 through their perceived support for the Rivers State Governor, Nyesom Wike, rather both South-East Governors are reading the writing on the wall that the 2023 Presidential election might be APC Ikwerre Vs PDP Ikwerre (Amaechi Vs Wike).

“Moreover, Obio Akpo and Mbiama are part of Ikwerre, Igbo speaking part of Rivers State, and we are very committed to Igbo aspirations for the Presidency. You also know that the next leadership of Ohanaeze Ndigbo will come from Rivers State in 2025″.

He, however, said the apex Igbo organization was yet to decide on the politician to support for the 2023 presidency.

“Imeobi (the apex Igbo decision-making organ of Ohanaeze Ndigbo) will take decision on the 2023 election after the Presidential Primaries in the APC and the PDP.

“But right now, the Ohanaeze leadership congratulates all Igbo presidential hopefuls from the Southeast and the South-South. Nigeria will be better if any of these aspirants succeeds President Muhammadu Buhari in 2023.

“We are calling for consensus among the contenders in the APC and the PDP to allow Igbo to be the consensus flag bearers in both leading political parties,” he further stated.

JUST IN: Alaafin, Oba Adeyemi To Be Buried Today By 4pm – Oyo Mesi