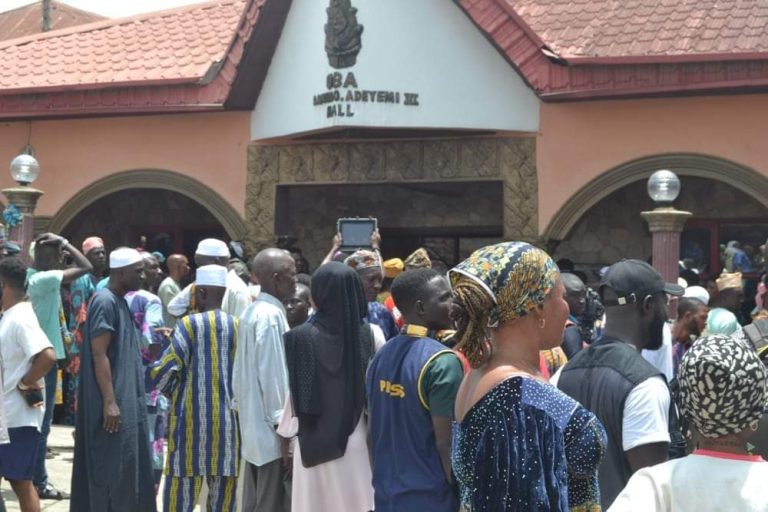 Bees stung several mourners who flocked to the Palace on Saturday to pay their respects to the Alaafin of Oyo, Oba Lamidi Adeyemi.

The event occurred at 10 a.m., according to news reports, after Islamic clerics arrived at the palace to prepare for the monarch’s funeral.

According to reports, bees attacked a police officer, as well as supporters, mourners, traditional authorities, and religious leaders.

Residents in the impacted open space of the palace were said to have picked tree branches and leaves to fight off the invading bees.

The victims were given assistance in driving the bees away and removing some of the insects that had been lodged on their bodies.

Anaedoonline.ng had earlier reported that the respected Yoruba monarch passed on at age 83 as the longest-reigning Alaafin.

The corpse of the monarch was brought to Oyo town, the Oyo State capital, very early on Saturday and traditional rites were carried out before burial.