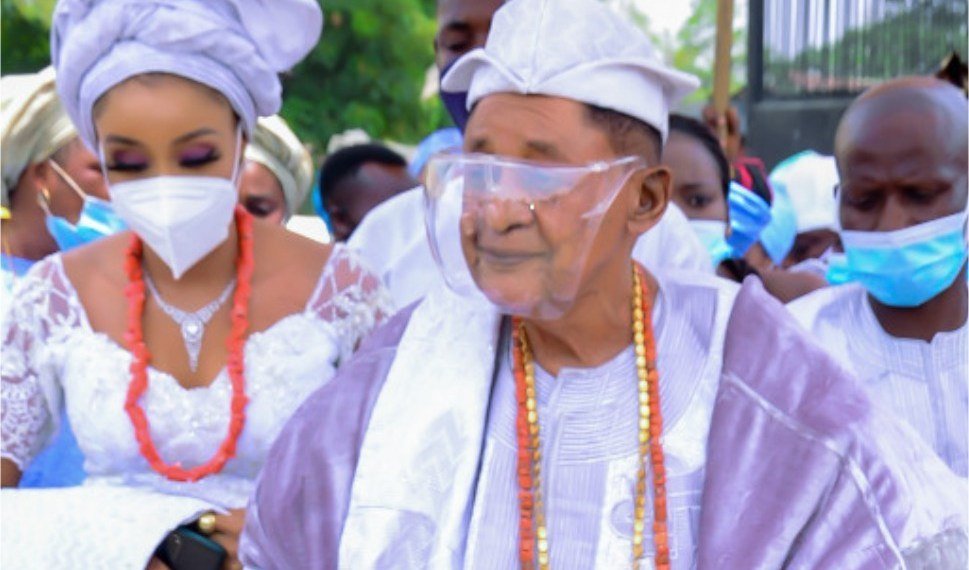 Oba Lamidi Adeyemi, the Alaafin of Oyo, has been certified deceased by Yoruba traditional rulers.

The longest-reigning Alaafin, according to Anaedoonline.ng, died at the age of 83.

For the last 52 years, Oba Adeyemi has served as Alaafin of Oyo.

The monarch, who is reported to be the third from the Alowodu Ruling House, died at the Afe Babalola University Teaching Hospital in Ado Ekiti, Ekiti State, on Friday night.

Alaafin’s body was taken to Oyo town, the capital of Oyo State, very early on Saturday, according to a palace insider, and customary ceremonies have since commenced.

Alaafin was thought to be extremely ill, and a plan had been put in place to transport him overseas before he died last night.

Oba Lamidi’s trip tickets, as well as those of some of his few wives, were previously obtained before the monarch abruptly traveled to visit his ancestors, according to a source who spoke to the news platform on Saturday morning.

Alaafin’s death, according to Anaedoonline.ng, comes only months after the deaths of two other prominent Oyo State monarchs, the Olubadan of Ibadan, Saliu Adetunji, and the Soun of Ogbomoso, Jimoh Oyewumi.

In fewer than five months, the State has lost two of its most powerful rulers.

Alaafin Laments Over Released Of Arrested Fulani Kidnappers By Police

The Governor of Oyo State, Seyi Makinde, is, however, yet to make an official statement on Alaafin of Oyo’s demise.

As it stands, the Bashorun of Oyo, Yusuf Akinade, the head of the ‘Oyo Mesi’ is expected to now assume the leadership of Oyo town prior to when a new Alaafin would be installed.