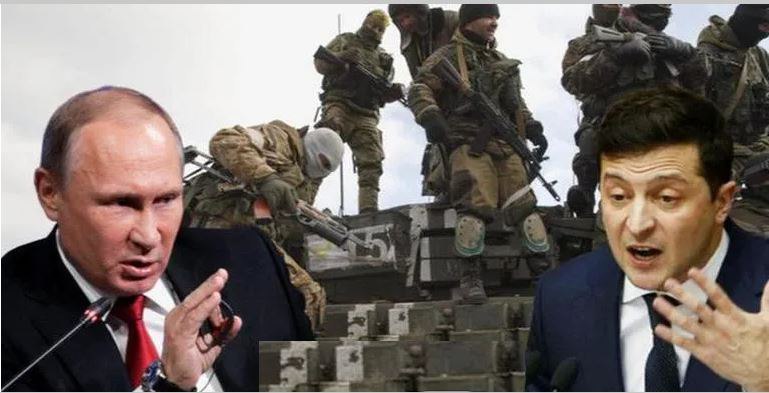 As the battle in Ukraine enters its second month, Russia has revealed its next action.

On February 24, 2022, Russian President Vladimir Putin launched the largest war against Ukraine, according to Anaedoonline.ng.

According to accounts, Putin’s first objective was to overthrow Ukraine’s government led by President Volodymyr Zelenskyy.

Maj. Gen. Rustam Minnekaev, the acting commander of Russia’s Central Military District, stated on Friday that Russia is now working to construct a land corridor across Ukrainian territory that will connect Russia to Crimea, which it invaded in 2014.

“Since the beginning of the second phase of the special operation, which began literally two days ago, one of the tasks of the Russian army is to establish full control over Donbas and southern Ukraine. This will provide a land corridor to Crimea,” he said.

Anaedoonline.ng understands that Minnekaev mentioned this today at the annual general meeting of the Union of Defense Industry Enterprises of the Sverdlovsk region.

CNN quoted the General as saying that if Russia could get control over Ukraine’s south, that would give the country’s forces access to Transnistria, a separatist statelet in Moldova, where a contingent of Russian forces has been stationed since the early 1990s.

Russia has in recent weeks withdrawn its forces in northern Ukraine after a failure to take Kyiv.

Meanwhile, the United States has again supported Ukraine with a package of $800 million in military aid to battle Russia.

According to the president, the new package was aimed at helping the Ukrainian forces meet the emerging Russian offensive in the country’s east.

Biden was optimistic that the fight will take a new shape, differently from that of the north around Kyiv, where Ukrainian forces successfully beat Russian forces back in the first six weeks of the war.

REVEALED: See What Nigerians Who Fight For Ukraine Against Russia Stands To Gain

The newest round of US support to Ukraine will include 72 155mm howitzers, 72 armoured vehicles to tow them, 144,000 rounds of ammunition, and more than 120 Phoenix Ghost tactical drones recently developed by the US Air Force specifically to address Ukraine’s needs,