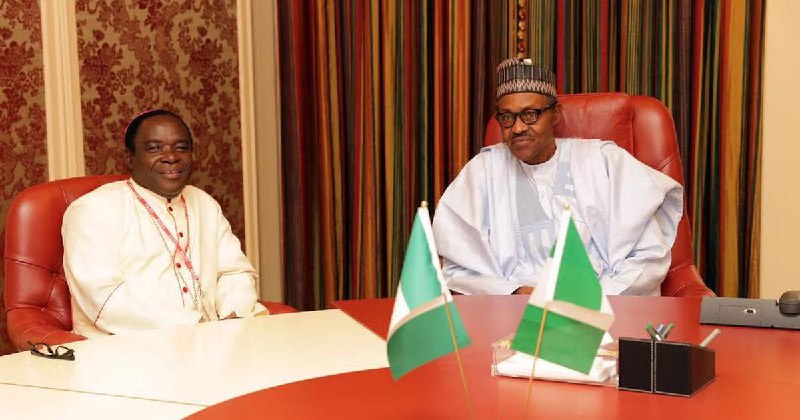 Opponents of President Muhammadu Buhari’s government, notably the Catholic Bishop of Sokoto Diocese, Mathew Hassan Kukah, have been accused of lobbying the US Congress, causing the delivery of 12 Super Tucano jet fighters to be delayed.

The planes, according to Garba Shehu, Buhari’s Special Assistant for Media and Publicity, are needed to help the Nigerian military confront insecurity, according to a statement released on Sunday.

In a statement headlined ‘Predicting Nigeria’s Collapse is a Perennial Pursuit of US Think Tanks and Policy Experts,’ the Presidency accused the current administration’s foes of exacerbating the divide in Nigeria between Christians and Muslims.

While slamming the US policy experts and think tanks for predicting Nigeria’s collapse, the Presidency also accused the US of being inconsistent with its support to Nigeria in fighting insecurity.

Shehu said: “In 2015, the then newly-elected Buhari government requested US military support in the form of Super Tucano jet fighters for the Nigerian Air Force. The Nigerian military, security, and intelligence services repeatedly made this request. The US administration of the time concurred: the delivery of such jets would help deliver a critical turning point in Nigeria’s struggle against jihadist terrorists across the Sahel.

“Yet two years later, that jet delivery was rescinded, the reasons are given that unless Nigeria improved its religious relations between Christianity and Islam, then US support would not be forthcoming in this, and many other areas.”

He stated that Buhari’s opponents who had lost in the 2015 election, including some Southern clerics and supporters, were responsible for pushing such views.

However, Buhari’s spokesperson said the Joe Biden administration has delivered these jets, dealing a severe blow to terrorists through airstrikes.

“It is also inconsistent with preaching the need for stability but needlessly delaying sharing military equipment in the form of jets – not least when it is now proven they would have helped Nigeria much earlier defeat the terrorists who threaten our country,” the presidency said.

He stated that despite gains made by the present administration, its opponents are still predicting doom for the country.

Garba Shehu recalled that in 2005, a US National Intelligence Council paper “Mapping Sub-Saharan Africa’s Future” alleged that there could be a military coup in Nigeria, adding that such prediction has turned out to be false.

He stated that despite abundant evidence about the country’s unity, predictors keep doubling down on their bets.

Shehu added that “Most recently retired former US Ambassador to Nigeria 2004-7 John Campbell has updated his book, of which the first edition said:

“‘While Nigerians often claim they are masters of dancing on the brink without falling off, the disastrous administration of President Goodluck Jonathan, the radical Islamic insurrection Boko Haram, and escalating violence in the delta and the north may finally provide the impetus that pushes it into the abyss of state failure.’

“It didn’t, of course, quite the opposite: Jonathan was defeated at the 2015 general election with power peacefully transferring to President Muhammadu Buha

WHAT THEY WILL NOT TELL YOU by Femi Fani-Kayode