Yoruba Leaders Reveals How Their People Were Killed, Displaced In Akwa Ibom 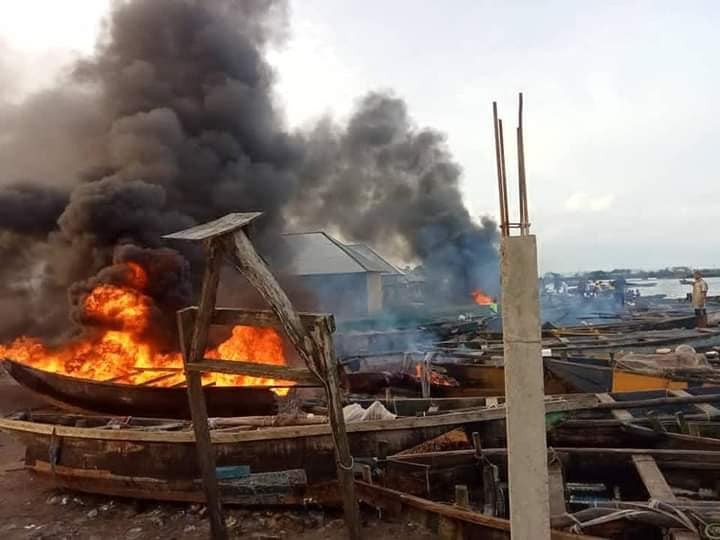 Residents of Ilaje descent who have been displaced by the communal issue between them and Ibeno indigenes in Akwa Ibom State’s Ibeno Local Government Area have appealed to the state government to help them, according to a report.

They admitted that the crisis had cost them everything.

Five persons are claimed to have died in the incident, with many more injured and missing, and property worth millions of naira damaged.

Chief J. Olala, the head of the Yoruba community in Ibeno, told reporters at their camp in the state’s Eket Local Government Area that the incident was sparked by a small disagreement with their hosts.

“We have been in this camp for more than two days. As you can see, everything was lost. Even I came out with nothing left, just like displaced persons. Our property and source of livelihood were destroyed.

“I can’t tell personally the cause of the crisis. That night, I slept late and around midnight, the village head of Ibeno community called me to say that there was a problem on Ojo Street. I told him it’s too late to come out that night. He urged me to come out, but I insisted that I wasn’t going there.

“Later, some boys came to my house; I saw them talking and shouting. I switched off my light so they wouldn’t know I was around, and then they started destroying my house and I ran away through the back door with my children and wife. We entered our neighbours house around 2:00am. The incident subsided a little but after some minutes, it resumed so I ran out.

“Throughout the night, I communicated with the chief and he said I should come out and I said I cannot until the following morning. Even in the morning, it continued. One of my sons called to tell me that I should come out. When I came out, he ran to the pole. I tried to talk to them but because of the way they were talking to me, I ran to the church. I cannot really tell you what happened.

The youth leader of the Yoruba community, Mr Meduoye Beneth, said he escaped miraculously from the hands of the hoodlums after sustaining a head cut.

Beneth explained that the crisis was triggered by a cult clash among some youth.

He said, “We don’t know the cause of this crisis. I think it’s between some cult groups and others. I cannot really tell what caused the disagreement. But what I know is that while I was in my house with my family, I heard a big bang on the door at exactly 1:30am. I wondered what was going on. I cautioned my wife and children not to move. I covered them with a blanket to prevent the stones thrown from affecting us.’

“They attacked only Yoruba because they insinuated that the Yoruba must leave and cannot stay. They said if they don’t go in peace, they would go by force. I think it is a planned work. This crisis with cultists has been happening but not to the extent of burning houses.”

IPOB Is An Arm of PDP, Behind Insecurity in South East – Joe Igbokwe Alleges

Emefiele: What Emefiele’s Political Ambition Might Make Us Do – INEC