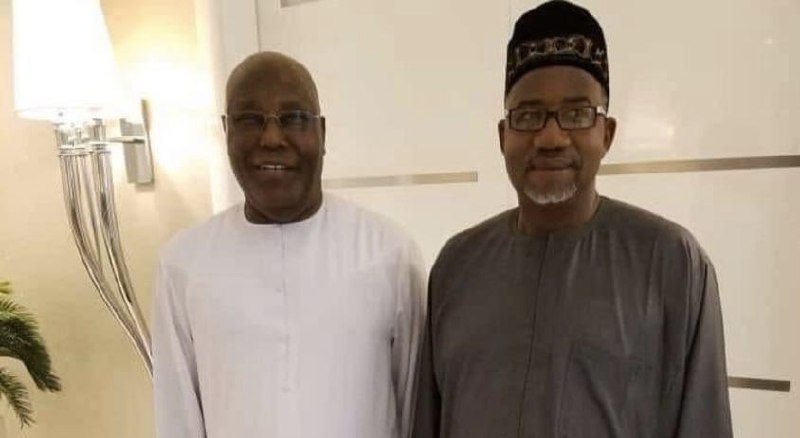 Governor of Bauchi State, Bala Mohammed, has asked Atiku Abubakar, the Peoples Democratic Party’s presidential candidate in the 2019 general elections, to step aside for him in the 2023 campaign.

According to Mohammed, if he is elected President of Nigeria in 2023, he possesses the necessary understanding to manage the country.

This was mentioned by Mohammed on Channels TV on Sunday.

When asked if he would stand aside for Atiku, who has also shown an interest in running, Bala said, “Why can’t Atiku step down for me?”

He stated that if former President Goodluck Jonathan decides to run in the 2023 election, he will abandon his goal.

Mohammed also claimed that he is youthful, muscular, and nimble enough to succeed President Muhammadu Buhari when his term ends in 2023.

“Under the PDP platform, I’m better prepared to run for the first seat,” he remarked. I’m a powerful and agile individual. I’ve created bridges and am well-liked all around the country.

“The only reason I’ll stand down for anyone is if Nigerians or party leaders reject me.”

He went on to say that making the PDP’s presidential primary a north-versus-south contest would be detrimental to the main opposition party’s chances in the upcoming election.

Mohammed stated that if the party provides him with a ticket, he would be able to count on the support of his friends in the south.

He, however, stated that the recent endorsement of his presidential ambition by the Northern Elders Forum does not stop anyone from contesting the race.

2023 Presidency: It Is The Turn of North-Central – Saraki