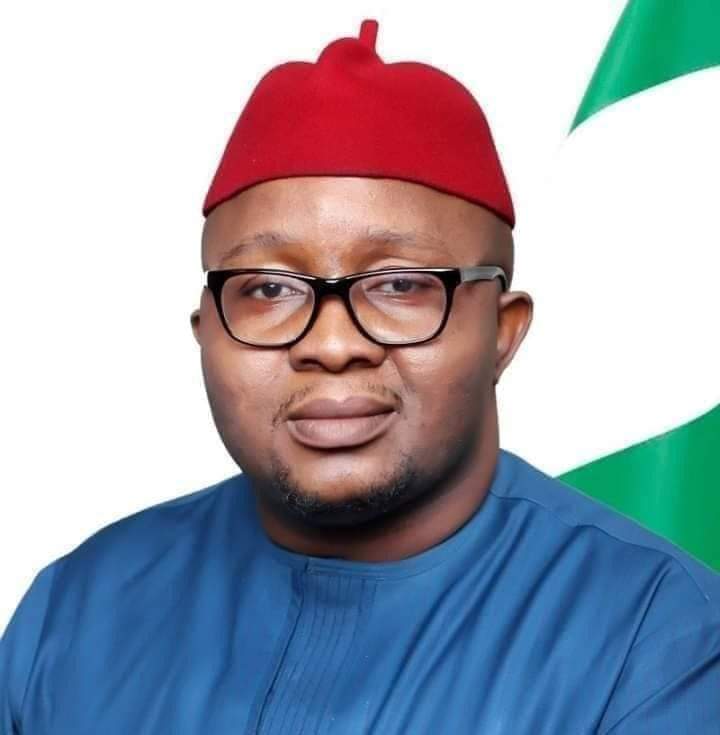 Ugonna Ozurigbo, a member in the House of Representatives representing Nkwerre/ Nwangele/Isu/Njaba Federal Constituency in Imo State, has defected from the All Progressives Congress (APC) to the Peoples Democratic Party (PDP) (PDP).

Philip Dike, the lawmaker’s communications aide, confirmed the defection in a statement on Sunday.

Ozurigbo declared his defection at a political meeting in his Umuozu ward in Nwangele Local Government Area of Imo State on Saturday, according to the statement.

Following his defection, the legislator stated his desire to run for a second term as the people’s representative in Abuja.

While canvassing the votes and support of his constituents, the legislator reiterated his willingness to run in the PDP primaries, confident in his chances of winning.

“The member representing Nkwerre/Isu/Nwangele/Njaba Federal Constituency, Rt. Hon. Ozurigbo Ugonna has finally declared his intention to run for a second term for the prime House of Representatives position with the Peoples Democratic Party,” the statement reads in part.

“This comes months after it has been touted that he was considering to take the position after a collectively accepted wonderful performance in his yet to be concluded the first term.

“Speaking at his Umuozu Ward where the declaration took place, Hon. Ozurigbo made it known that his intention to run for a second term was on the basis of the huge development he has ushered into the federal constituency which he noted will even be surpassed in his second term.

“Ozurigbo who is also the man to beat at the coming PDP House of Representatives primaries, while speaking to the four PDP LGA delegates at their various LGA headquarters, promised to do his utmost best to bring back the lost glory of the PDP by ensuring the party comes first at the general elections.

“He noted that this would only happen if the delegates made the right decision of sending a tested and trusted candidate to represent them rather than dwelling on dismissible prejudice of sectional positioning.”

Anaedoonline.ng understands Ozurigbo who was the deputy speaker of the 8th Assembly of Imo State, is a loyalist of former Imo Governor, Senator Rochas Okorocha.