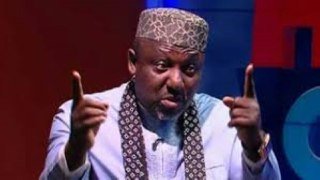 While reacting to the idea of Jonathan joining the APC and declaring for the presidency, Okorocha stated this in an appearance on a political show on Channels Television on Tuesday.

He added that President Muhammadu Buhari and the ruling party will not select the former president as their consensus candidate because it would be an imposed candidate.

If Jonathan decides to join the APC and run for president, Okorocha says he would compete in the primary among other candidates and will not be given any special treatment.

The former Imo governor, however, stated that none of the presidential hopefuls is afraid of contesting alongside the former president.

He said: “He (Jonathan) will contest like any other person (at the primary). Nobody is afraid or scared. There will be nothing like a consensus candidate.

“That is not likely to happen because the President Buhari that I know will consider certain factors to do that.”