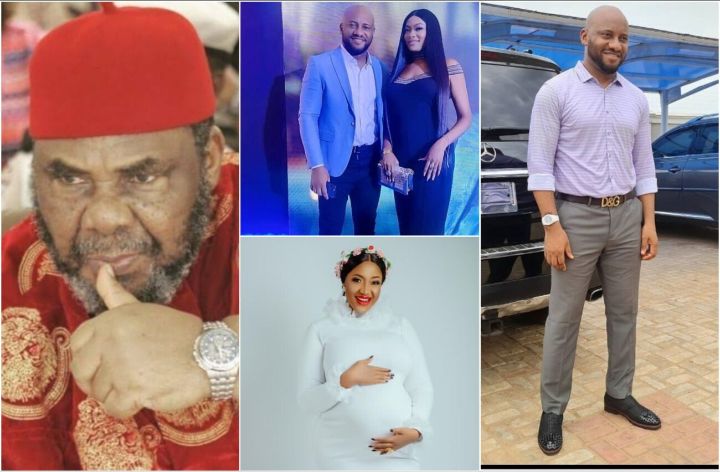 Veteran Nollywood actor, Chief Pete Edochie has banished Judy Austin, whom his son, Yul, recently introduced as his second wife, after 17 years of marriage with May from entering his household.

In his words: “I want the whole world and Nigerians to understand that as an Igbo man, I never support my son actions and as a statesman, I only Recognized his first wife as the only authenticated wife of my son, the rest is banished from entering my household.”

He noted that marrying two wives does not confer a manly status on anyone.

Pete, who publicly endorsed his son, Yul, for the 2023 Nigerian presidential election, pointed out that getting with another wife simply means that one is ready to suffer and breed confusion among his generation.

The veteran actor bore his mind on the second wife and son that Yul had outside his knowledge, after having four children from the first wife.