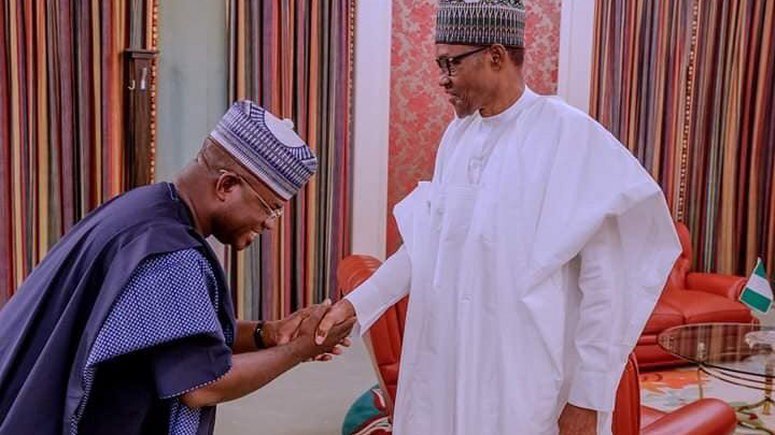 Yahaya Bello, the governor of Kogi State and a presidential candidate, claims he has President Muhammadu Buhari’s endorsement to run in the 2023 presidential election.

He stated this in a statement issued by the Hope’23 Yahaya Bello Campaign Council’s Media Directorate on Thursday in Abuja.

Governor Bello received the president’s blessings on Thursday when he submitted him with his Expression of Interest and Nomination papers at the Presidential Villa, according to the statement.

Yahaya Bello Blasts Buhari Over The Level of Insecurity, Division In Nigeria

The governor’s choice to deliver his presidential forms to the president was made to shape his respect and commitment to his political father and country’s leader, according to the statement.

“The Kogi State Governor in his usual practice presented his expression of interest and nomination forms for the 2023 Presidential election.

“This is to his political father and leader of the nation President Muhammadu Buhari at the State House, Abuja.

“The governor received blessings from Mr President ahead of the 2023 presidential election in which he is currently the front-runner,” the statement read in parts.

Recall that Bello had on Wednesday bought his nomination forms at the cost of N100 million, making him the first amongst the aspirants to show commitment to his 2023 presidential ambition.

This development follows his reaction to the purported plan of former President Goodluck Jonathan to contest the 2023 presidency.

Bello said he is not worried about the rumoured defection of the former president to the All Progressives Congress (APC) and his plan to contest the party’s presidential ticket.

He made this known in an interview with journalists at the APC National Secretariat in Abuja, shortly after obtaining his expression of interest and nomination forms.

The governor added that he is not scared to contest against President Jonathan for the party’s presidential ticket, stressing that it is the beauty of democracy.

He, however, dismissed reports that the APC is planning to choose the former Nigerian leader as its consensus candidate, saying that the party has its own ethics, rules and regulations.

29 April 2022: See How Much Naira Exchange To Dollar Today