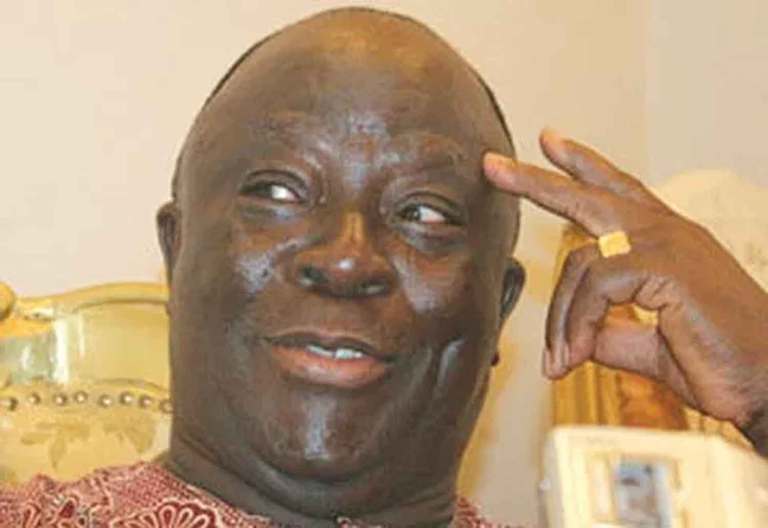 Chief Ayo Adebanjo, the head of the Yoruba socio-cultural group Afenifere, has accused President Muhammadu Buhari of failing in several areas of government.

When he appeared on a Sunday Channels TV show dubbed ‘the Government of National Unity,’ Adebanjo said this while bemoaning the plight of the nation.

Nigeria will not advance, he claims, until the country’s constitution is modified.

Rule Of Law: Buhari Does Not Have Respect – Adebanjo Laments

Nigeria, according to Adebanjo, is on the verge of disintegration until President Buhari changes his leadership style.

In his contribution, the Yoruba leader said that the current administration had no idea how to deal with the country’s problems. He also accused President Buhari of ignoring the advise of previous Nigerian presidents.

Adebanjo reiterated his call for ‘the Government of National Unity’ on what he described as a state of emergency in the country which he said warranted drastic measures not necessarily contained in the constitution.

He said: “Circumstances of the country and the nature of the government of Buhari has warranted my calling for the government for national unity. There is a state of emergency in the country that warrants drastic measures that are not necessarily contained in the constitution.

‘God Will Deal With Buhari’ – Afenifere Kicks Over Igboho’s Arrest

“It is because of the deficiency and incompetence and unwillingness of the government to take advice from the leaders of the country who know better that we are calling for a government of national unity that all shades of opinion must be represented in that government.”

Adebanjo lamented the security position of the country. Noting that insecurity has worsened to the extent that criminals had become emboldened, asking the government to swap their members in detention for kidnap victims.

He said, “This government has proved that they have no clue to our problem and every time we talk about change the government, the constitution, there is no security, the economy is bad, Buhari government appears dumb.

“He just does not understand issues and we have to understand problems before we get solutions; and all wise men and learned and experienced people in the country, who have been in the system before he came in gave him advice, he won’t listen. That is why we are calling for government of national unity.

“Until you change this constitution the country will not get anywhere. And there is evidence that Buhari is not willing to because in my view he has a private agenda, but if he continues like this, the country will break.

“So those of us who are anxious about keeping the country together in peace are anxious that we get nationalists to come together to form a government of national unity to solve the immediate problem of this country.”