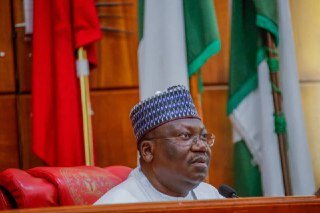 The All Progressives Congress’s Senate caucus is split over the reported plan to promote Senate President Ahmad Lawan as the parliament’s consensus presidential candidate.

Some MPs have previously voiced support for alternative party presidential candidates in the run-up to the 2023 election.

Aside from the names listed above, other senators have presidential aspirants they are supporting.

Ndume in an interview with Daily Trust said Lawan’s camp had not reached out to him, saying “They have not come because they know my position.

“I have nothing against Ahmad Lawan; he is my colleague but I have everything against injustice. I won’t support even my biological brother. Fielding a northerner is tantamount to injustice and tantamount to a third term. The so-called northern elders that are pushing it are doing so to perpetuate injustice.

“It’s the turn of the South and we have to support them to actualise this. I’m disappointed with those that are pushing this. I had since taken position even before my alignment with Amaechi.”

Another lawmaker said Lawan is not under pressure to join the race but has a personal agenda.

The lawmaker said, “The brainchild of Lawan and his few allies.

“It is purely his aspiration and nobody is pushing him, rather he is pushing people to key into the project. They are planning to present him as the Senate consensus candidate and we are going to outrightly and publicly resist being railroaded into this failed project.”

Northern elders are pressuring Senate President Lawan to run in the 2023 election, according to a legislator in Lawan’s camp.

“It is not for public consumption,” the congressman stated when questioned about the identities of the northern elders pressuring Lawan to run. One of them is me. Isn’t it true that I’m an elder at the age of 70, and that I’ve been in politics for nearly four decades?”

Another lawmaker in the Senate president’s camp said, “Lawan is one of us and we will do all possible within our reach to support him. He is one of us.”

I Support IPOB Agitation, They Sang Praises of Me – Governor Wike