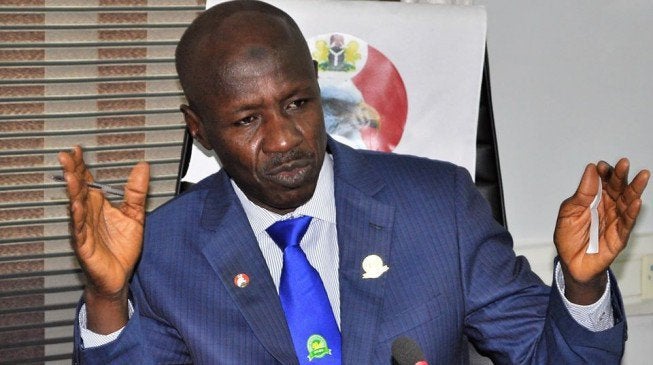 Ibrahim Magu, a former interim Chairman of the Economic and Financial Crimes Commission (EFCC), is going to be elevated to Assistant Inspector-General of Police, according to reports (AIG).

Magu, the most senior Commissioner of Police, was proposed for promotion by Usman Alkali Baba, the Inspector-General of Police, according to Anaedoonline.ng.

The Police Service Commission (PSC) is poised to promote him to the position of Assistant Inspector General (AIG) ahead of his retirement from the police on May 5.

It is reported that the Attorney-General of the Federation, Abubakar Malami, would not be pleased with the IGP and PSC Standing Committee of Magu’s recommendations to elevate him (SAN).

However, in a chat with Newsmen, a senior PSC official said the former EFCC is set to be promoted and there was no pending disciplinary case against him.

The source said, “Though the government set up a panel, they didn’t even inform the commission. And Magu has been the most senior commissioner of police for a very long time and we have been stepping down his promotion. The AGF should have written to the commission about the case against him.

“The IG has been sending his name for promotion, so why shouldn’t we promote him? Already, the standing committee of the commission has already recommended him for promotion to AIG. Though he is about to retire from service, he can still be promoted after retirement.”