I Support IPOB Agitation, They Sang Praises of Me – Governor Wike 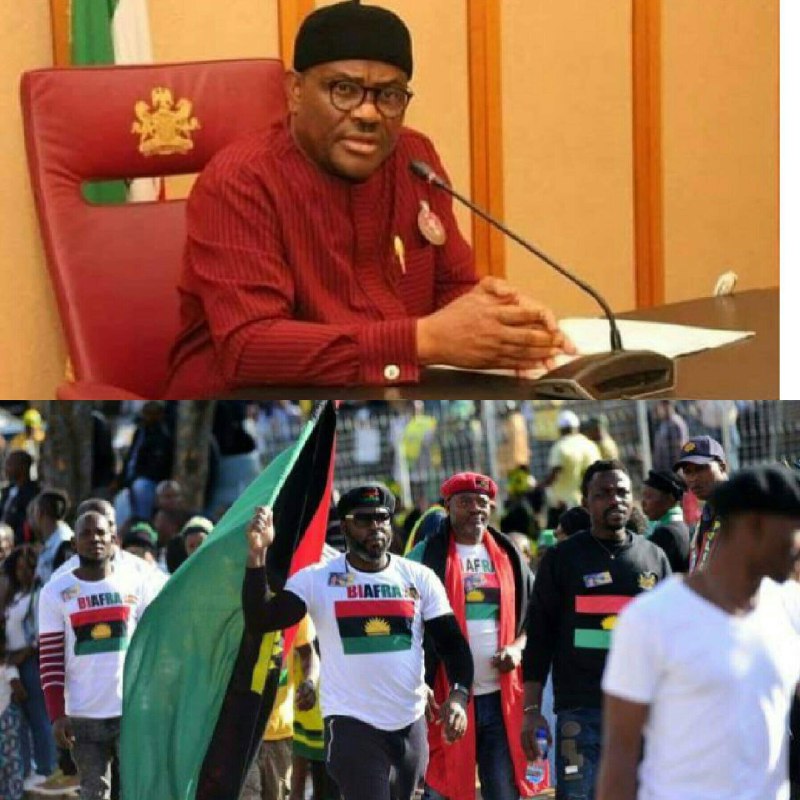 Nyesom Enzo Wike, the Governor of Rivers State and a presidential candidate for the Peoples Democratic Party (PDP), has urged President Muhammadu Buhari’s government to engage in discussion with the banned Indigenous People of Biafra (IPOB) (IPOB).

On Monday, he said this on Channels Television’s Politics Today, which was broadcast live.

Regardless of what others think, he supports the pro-Biafra group’s agitation, he claims.

While noting that IPOB leader Nnamdi Kanu earlier showered his plaudits, Wike stated that he was opposed to the group’s brutality.

Wike said: “IPOB is not a threat to me, it’s because of the division in the country that we have the kind of agitation we have today.

“My problem came when they came to my state and burnt infrastructure like the courts, police stations, and I said told them not to do that.

“Whether anybody likes it or not, I support the agitation, I support that we should sit down and discuss the marginalization of the Southeast.

“I’m a governor and I asked them, do you need to kill people in my area, destroy infrastructures put in place for you to know I’m with you? I said no; I won’t do that.”

Use Nnamdi Kanu to Unite Nigeria, Grant Him Pardon – Prophet Iginla to Buhari