Sam Amadi Reveals Disadvantage Osinbajo Have Ahead of Presidential Election 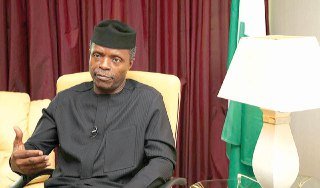 Sam Amadi, a law and governance specialist, has updated his appraisal of presidential candidates for 2023.

Vice President Yemi Osinbajo was the subject of a speech by the former Nigerian Electricity Regulatory Commission (NERC) on Tuesday.

According to Amadi, the vice president possesses likable intelligence, flair, the greatest photographer, and a good speechwriter.

“But Osinbajo does not come with a convincing performance card, although he did the constitutionally required actions when he acted as VP.

“So he won’t be as lawless as Buhari in such matters. But, unlike Tinubu, he has proved incapable of surrounding himself with the best and brightest.”

The lawyer noted that Osinbajo’s appointees for key federal positions have been mostly mediocre.

“He has deprived himself of strong testimony for the No. 1 job because none of his proxies – in BPE, in NDDC, or in FIRS performed very well. There is also some whirl of corruption around them.”

Amadi also said the Senior Advocate of Nigeria (SAN) does not look like one who will shut down the rentier economy.

“He looks like someone who will continue governance as patronage, arguably with a dose of parochialism.”

Amadi added that though Osinbajo is far cleaner than Tinubu, more respectable and intelligent, he is “not a great choice for 2023”.

The VP is vying for the APC ticket against Tinubu, Transportation Minister Rotimi Amaechi, and Ebonyi Governor Umahi, among others.