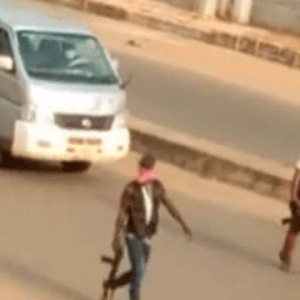 Four people were killed by gunmen in different sections of Anambra State in the early hours of Monday, May 2.

The hoodlums shot the victims after they violated a sit-at-home order.

The outlawed Indigenous People of Biafra had launched a Monday sit-at-home order in the South-East, but the group had subsequently rescinded it.

The state administration had also ordered that all activities be resumed, with special prayers being held to that end.

Normalcy appeared to have returned last Monday, as significant activity was observed in the state’s largest cities.

However, two people were killed on Monday at Umuhu village, Ukpor, in the Nnewi South Local Government Area, and two more were killed in Ozubulu, Ekwusigo LGA, The Punch reports.

Godwin was a former young leader in the community, according to a family source.

The source disclosed that the gunmen first killed Nnajiofor, after which they blindfolded and abducted his younger brother, whom they killed close to Utuh Junction and dumped his corpse on the road.

The victim’s body was seen in the middle of the expressway in a viral video from the scene of the incident.

2023: The Attacks In South-East Is To Deny Ndigbo Presidency – Igbo Youths Laments

He said, “Our men have been deployed in the scene of the incident at Ozubulu. One of the men has been identified as a policeman, while the second is yet to be identified.

“Our men also recovered a vehicle at the scene of the incident, but we are not yet sure about the ownership of the vehicle; whether it belongs to the victims or the assailants. The corpses have been deposited in a morgue.

“As for the other incident, we have yet to confirm it, but our men have been sent there. The command has also mobilised fully to counter any further attacks.”

2023: Before Jonathan Joins APC, This Is What Must Happen – Bayelsa...