Cleric Reveals Why He Asked His Members To Pay N310,000 For Ticket To Heaven 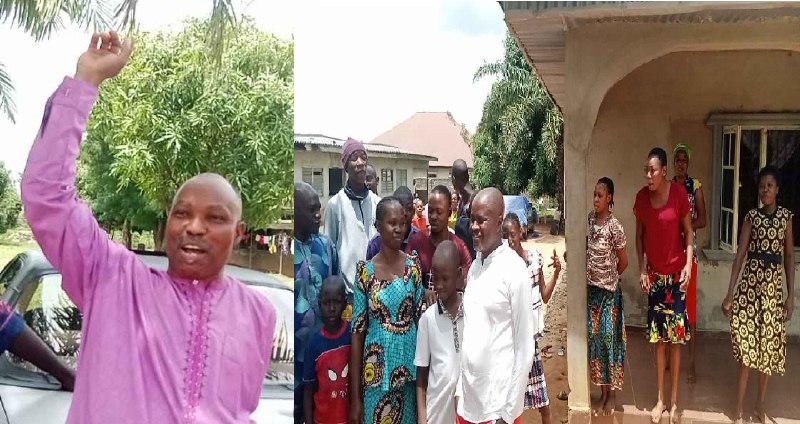 Pastor Ade Abraham of the Christ High Commission Ministry, popularly known as the Royal Christ Assembly, has disclosed why he told his church members to pay 300,000 Naira to go into paradise.

Abraham said that God gave him permission to give his members instructions.

The Ekiti State police command had previously invited Pastor Abraham after he reportedly requested his members pay N310k to fly them to paradise, according to Anaedoonline.ng.

Pastor Abraham had persuaded members of his congregation to move to a camp in Ekiti State with him to “prepare for the end of the world,” as well as pay N310k for a plane ticket to paradise.

Some of his church members are said to have sold their homes in the hope of seeing Jesus while camping at his church in Araromi-Ugbesi, Omuo-Oke, Ekiti State.

Some report that those who refused to migrate to the camp have been abandoned by their family.

“Truly, I instructed my congregation to pay N310,000,” the clergyman claimed in an interview with BBC Yoruba on Wednesday. “I made the proclamation when I realized that my members’ problems were escalating.”

“I did it because I got the authority of God who called me to practise for all that want to serve the Lord with their whole heart.

“I have never received any payment yet from any member of the church, and the Ekiti State Police has intervened in the matter.

“I was called by the police for Investigation and all the members of the church were there and all of them took notes of what happened.”

Tension As Police Take Over PDP Secretariat In Abia