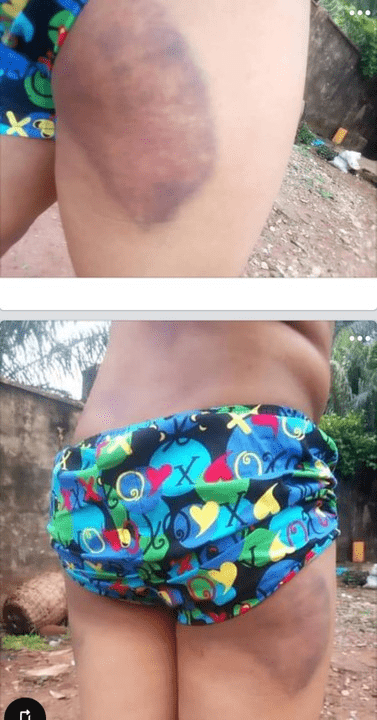 According to Gabriel, he was alongside other corpers assaulted and locked up over a matter they knew nothing about. 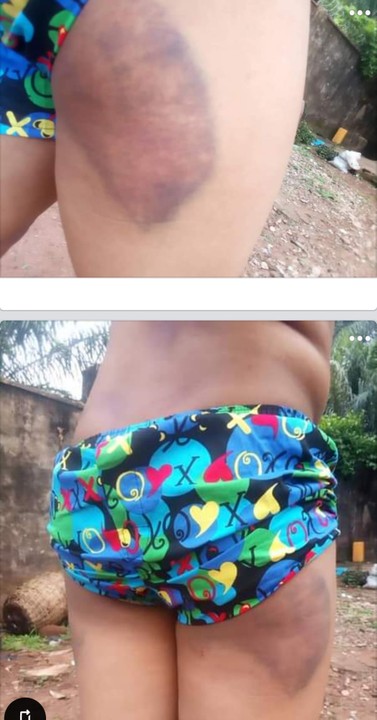 A youth corper, George Gabriel has shared the terrible experience he had with other corpers over a neighbour’s missing phone in Anambra.

According to Gabriel, he was alongside other corpers assaulted and locked up over a matter they knew nothing about.

National Youth Service Corps – NYSC, you sent me to Okija in Ihiala LGA of Anambra state to be of service to the nation, where we got set up, Falsely accused, Almost killed, Brutalized, victimised and extorted Hundreds of thousands just to save our lives for what we knew nothing about.

On Wednesday 27th April 2022 I had the worst
experience of my life in the Hands of those who l ought to feel safe around just because I was in service to NIGERIA. NYSC. IN ANAMBRA STATE.

l and My Fllow corp menmbers were falsely accused of of being suspected to have stolen our Neighbors phone at night, In a house we have been for the past One year, all these happened just a Day before my POP.

The said neighbor Mr Chukwujekwu Chukuweze was the last to sleep in the house that night, as he claimed he slept by 3am, we all went to bed before 12midnight and The man was in the passage with a stranger
whom he made prayer for, cos the neighbor of ours is a Dibia(priest).

Very few minutes past 3am after the man (MrChukwujekwu Chukuweze) claimed to have slept and locked the both passage doors, My colleague came out to ease himself and saw the door opened(definitely opened from inside) and the man’s purses were littered at the back of the house. My colleague felt they were probably dumped by the owner, and he went back to sleep. The next morning, we woke up to the news that someone entered into the man’s room and took his business phones(an android infinix/tecno phone), the ones he uses to communicate with clients. He had an IPhone x all on same spot, but it wasnt taken, despite belng more expensive, this is a house where there is always power supply at night and n0 one could even dare enter His room.

I personally adviced the neighbor (Chukwujekwu chukuwezej to ensure he gets his account locked, since he said his Atm card was stolen also. He left the house shortly after, came back home with fellow Dibias(native priests) and many touts and thugs. Claimed to have consulted spiritually and found it was stolen by a male.

He opened his mouth and said it was neither I nor my colleagues who reside there that took it, but he feels it’s one of the two outgoing corpers who came to spend the hight at our lodge before POP They called and questioned them, they told the touts to Scatter and check all of our rooms, because no one Was yet to leave the house that morning

Before searching, they seized all of our phones. The touts entered our rooms, and whille searching, they began taking our money, our clothes, Bags etc and warning us not to talk or we won’t like how it would end. After searching and findlng Nothing, they dragged us all out, 5guys and 1girl.

They flogged us mercilessly without evidence, Used MACHETESS and wipes to fiog us brutaly without mercy. My colleagues were tied up like animals and made to hang in the air, tor what we knew nothing about. All of these Torture and Torment lasted from 9am in the morning to 4pm in the evening. Nonstop unjust torture Tor hours. we have cutlass WOunds over bodies

This happened in a compound where we did all we could to live happily for the past year. All means of communication was Cut off and our relatives couldnt each out to us. They threatened to take us to a shrine and guaranteed us NONE OF US WOULD RETURN ALIVE.

Man Kills His Neighbor, Cuts Out Her Heart And Cooks It To Feed His Family

They claimed to have the contact of THE UNKNOWN GUNMEN we’ve always been hearing of, and they were on their way to end our Iives. Just because of a phone we knew nothing about its loss, a phone not even worth up tO 50K. While the whole assault lasted, our relatives tried multiple times to call as, but we were not ailowed to access Our phones.

Long story short, the principal of our PPA, a Catholic priest had to come and plead, and they demanded #700k, He had to beg them to give #350k for a phone not wortn even #ouk O Snow tnat all of tne torture was for them to successtuly extort us. we all had to contribute #50k each!l! to our Principals account to withdraw and give them Cash. How much did we earn all througn Our service year?

But to save our lives, we had no choice. We all had to make transfers to our Principal to withdraw and pay them, I personaly had to transfer #10,000 while being assaulted (we were given our phones to make the transactions only), they continued beating us up claiming the money wasn’t enough yet, so I had to pay a balance of#40,000 to my principal the following morning after he helped us complete the money. They all had smiles on after receiving the money..

NYSC, Our only crime was being called to serve Nigeria, and we almost paid with our lives, for doing nothing wrong… Al that happened was a clear set up, same neighbor who has been throwing sexual advances to our female colleagues, but never had his way…

I’M GRATEFUL TO GOD WE WERE ABLE TO PASS OUT AND LEAVE THE EAST ALIVE (and I’VE VOWED NEVER TO RETURN THERE IN MY LIFETIME). BUT THE PAIN AND TRAUMA WE HAVE BEEN MADE TO GO THROUGH IS TOO MUCH. All we plead for is Justice….PLEASE, THE LIVES OF ALL CORPERS THEy ARE IN DANGER NOW, WE DON’T KNOW WHO WOULD SUFFER NEXT.

THE STATE COORDINATOR ASSURED TO HANDLE THE ISSUE, BUT THE MONSTERS WHO ASSAULTED AND EXTORTED US ARE STILL ROAMING ABOUT FREELY WHILE WE ARE STILL NURSING INJURIES AND BATTLING THE TRAUMA.