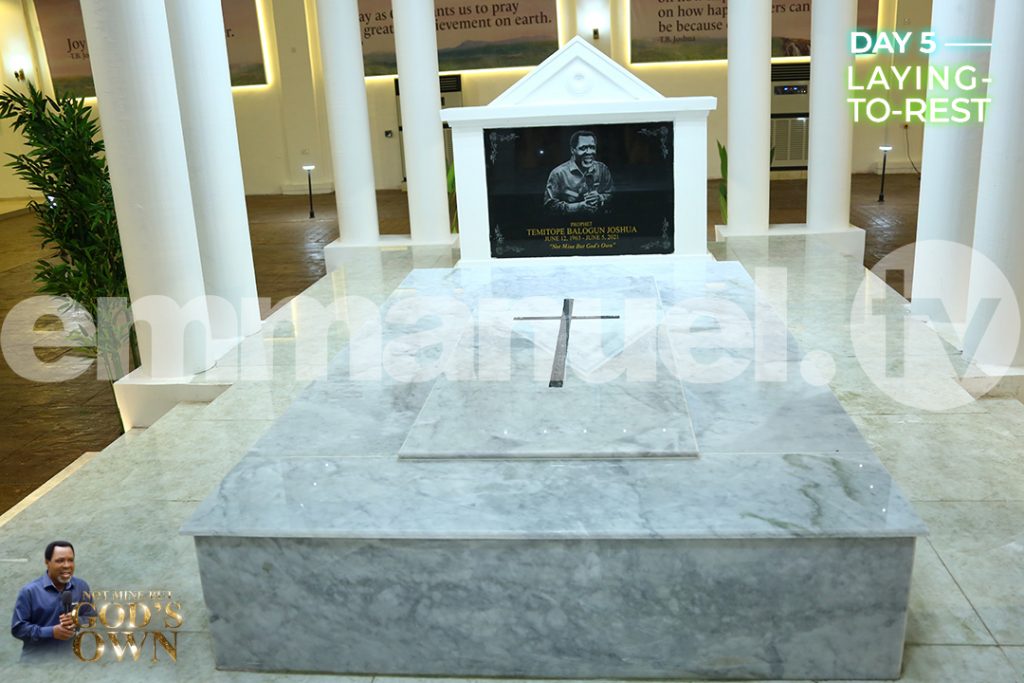 On Wednesday, the Synagogue Church of All Nations (SCOAN) announced that no fire had broken out near the tomb of its late founder, Prophet TB Joshua.

The televangelist died in June of last year and was buried at the church grounds in Ikotun Egbe, Lagos State.

However, there were rumours last week that the late cleric’s tomb had been damaged by a fire.

In their response to the tragedy, SCOAN stated that the fire started at a different site from where TB Joshua was buried.

The statement reads, “Contrary to the misleading media report by some media houses, we wish to clarify that the minor fire outbreak which was recorded on Wednesday, 27th April, 2022 was at the Church prayer resort at Agodo-Egbe, a different church site which is over two kilometers away from the Ikotun-Egbe site of the main church premises where the tomb of Late Prophet T.B Joshua is sited.

“The Church authority is quite shocked, disappointed and embarrassed that despite the Press Statement promptly issued by the Church and made available to media houses on the incident, a supposedly reputable media house had abandoned all the known ethics of responsible journalism, the sacred journalistic principles of truthfulness and accuracy and descended with reckless abandon to the abyss of sensationalism and junk journalism when it reported, falsely, that the fire outbreak had gutted part of the late Prophet’s tomb.

“Quite unfortunately enough, many other smaller media houses fed from this false reportage and thereby got the public largely misinformed. Curiously, the over two kilometres distance between the Agoda prayer resort where the minor fire incident was recorded at one of the general-purpose stores; and the Ikotun-Egbe Headquarter premises of the Church where the tomb is located is too far apart to give room for any form of confusion or mix-up by any careful, genuine and honest reporter who is out to for the truth.

“Also, the fact that the Church’s Press Statement providing all the details of the incident had been wildly circulated long before the misleading report of the media house triggers a lot of curiosity.

“In the circumstances, the Church is constrained to view the unfortunate media report by the said media house as deliberate mischief contrived by light-detesting detractors, probably in cahoots with some disgruntled journalists, to advance a narrative pre-designed to embarrass the Church and the memories of our beloved Prophet.

“While we wish to correct the misinformation caused by this false reportage, we assure the public that regardless of how much the agents of darkness may strive, we stand on the promises of God that light shall always prevail.”