All You Need To Know About Late Nigerian Billionaire, Arthur Nzeribe 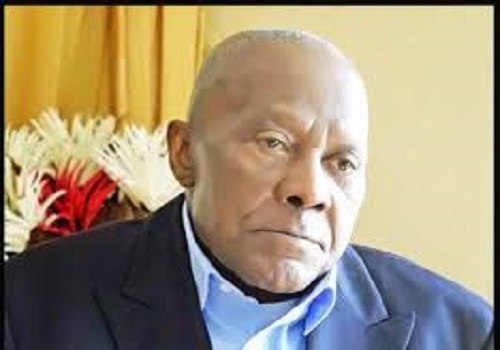 Senator Arthur Nzeribe, a Nigerian millionaire and politician, died on Sunday, according to his family.

According to Anaedoonline.ng, the political outsider and businessman died on Saturday evening at the age of 83 following a long battle with an unidentified illness.

Nzeribe, the longest-serving Senator from Imo, was said to have been on life support for some time.

Here are some interesting facts about the late Nzeribe:

Nzeribe was born on November 2, 1938, to an aristocratic family in Oguta, Imo state, and bears the traditional title of the Ogbuagu of Oguta.

Before moving to Lagos State in 1957, the multibillionaire financial entrepreneur attended Bishop Shanahan College in Orlu and Holy Ghost College in Owerri.

The late Nzeribe worked as an Engineering Cadet for the Nigeria Ports Authority (NPA).

At the age of 22, Nzeribe demonstrated his financial ability in the United Kingdom by selling life insurance to black immigrants.

While his father was abroad in Britain studying law, he lost his mother while he was a primary school student; nonetheless, his care was taken over by Catholic priests who were interested in extending his education.

He moved to Lagos in 1957 to work as an engineering cadet for the Nigeria Port Authority, and a year later he earned a scholarship from the NPA to study marine engineering.

On June 10, 1993, Nzeribe tried to stop the election, relying on a court order that his group, Association for Better Nigeria (ABN), got from a midnight ruling from late Justice Bassey Ikpeme of Abuja High Court. ABN was known to be pro-Babangida.

Arthur Nzeribe was elected Senator for the Imo Orlu constituency in 1999 and was reelected in 2003.

CBN Governor, Emefiele Comfirmed As Member Of APC, As He Heads To Court