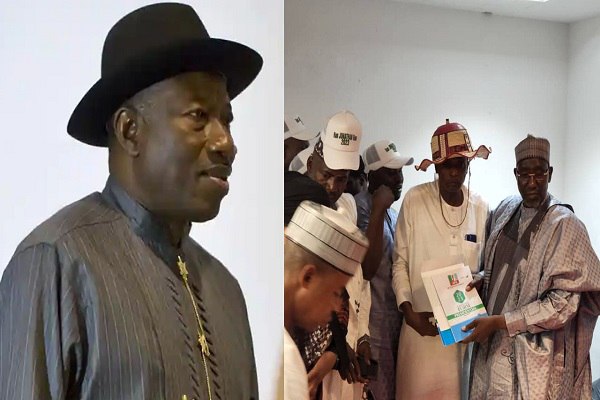 Reno Omokri, a former assistant to ex-President Goodluck Jonathan, has responded to the Miyetti Allah Cattle Breeders’ Association of Nigeria, MACBAN, purchasing the N100 million nomination and expression of interest forms for his former boss from the All Progressives Congress, APC.

However, the previous President has stated that he was unaware of the transaction and did not sanction it.

Though the circumstances of Jonathan’s meeting with APC National Chairman Abdullahi Adamu are unclear, he is said to have informed the APC chairman that he was unaware of the acquisition of the forms.

Omokri said he had refused to talk about the development earlier because he wanted Jonathan’s enemies to dance deliriously at the thought that his former principal had been demystified.

“Jonathan has nothing to do with the reported purchase of some forms. He has an official spokesman and his own staff. He is a man of honour and will not do anything surreptitiously. The media and the public should be guided.

“I could have denied this hours ago, but I deliberately declined in order to watch his enemies and mine dance deliriously at the thought that they’d demystified @GEJonathan. There is no Nigerian alive that has the national and international credibility that HE GEJ has,” Omokri tweeted.

2023: Not Everyone Can Be President – Tinubu Chides Osinbajo, Amaechi, Others