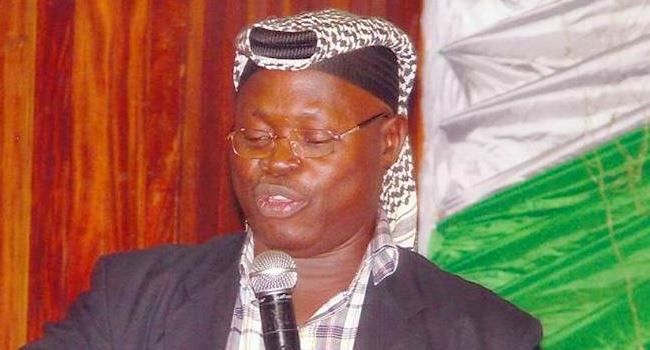 The 54 troops are alleged to be among Buhari’s recent pardons of 24 criminals and 86 ex-convicts for various reasons.

And MURIC praised the President’s decision in a statement written by its director, Prof Ishaq Akintola, emphasizing that the organisation had been pressing for the pardon.

Remember that 54 soldiers were condemned to death by a military court in Abuja in 2014 after being found guilty of mutiny.

The condemned soldiers, who were largely in the front lines of the struggle against Boko Haram insurgents in Northeast Nigeria, were supposed to die by firing squad on stakes.

President Buhari was praised by MURIC, which questioned how a President who is reported to be suffering from a dead brain could make such a decision just weeks after its director met with him.

According to the rights organization, the pardon signifies that “one, Muhammadu Buhari would provide audience to everyone, including the hoi polloi.”

COVID-19 Vaccine: What Islamic Group Said About Muslims Getting Vaccinated

“Two, the claim that Buhari is brain dead is absolutely false and luciferously malicious.

“A man whose brain is dead cannot grant a plea or implement a request presented to him within seven weeks.

“The director of MURIC met the president alone on Wednesday, 23rd March, 2022. There was no third party. Therefore, nobody could have reminded him later about the issues raised.

“Yet the plea was granted within seven weeks. We, therefore, confirm that our president is not only very much alive, he is also ‘compos mentis’.

“By including the soldiers among those pardoned, President Buhari has pitched his camp with those who show mercy to the oppressed.

“For the records, MURIC waded into the case of the 54 soldiers simply for humanitarian reasons.”