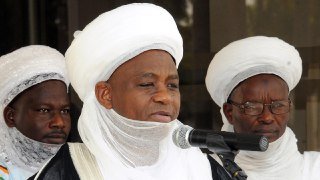 The assassination of a female student at Sokoto State’s Shehu Shagari College of Education has been denounced by the Sokoto Sultanate Council.

According to Anaedoonline.ng, the student, simply known as Deborah, was lynched and set on fire by some male Muslim classmates for allegedly disrespecting Prophet Mohammed.

Nigerians have expressed their displeasure with the situation, lamenting how some people may easily lose their conscience in the name of religion.

The council called on members of the public to remain calm and live peacefully with one another.

The statement reads, “The Sultanate Council has learnt with dismay the unfortunate happening at the Shehu Shagari College of Education, SSCOE Sokoto that led to the loss of life of a female student of the institution.

“The Sultanate Council condemns the incident in its totality and has urged the security agencies to bring the perpetrators of the unjustifiable incident to justice.

‘Sharia Should Not Be Condemned In Its Totality’ – Shagari Laments

“The Sultanate Council has urged all to remain calm and ensure peaceful co-existence among all people of the state and nation.”