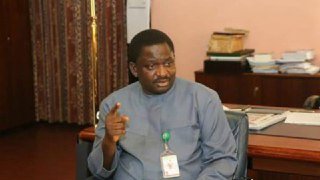 Femi Adesina, President Muhammadu Buhari’s Senior Special Adviser on Media and Publicity, has said that he is not a member of the All Progressives Congress (APC).

Adesina, who spoke on Channels Television on Thursday, also stated that after working under the Buhari government, he will return to his home.

The senior presidential spokesman said that he only works for the administration because he likes the APC.

Adesina said he was unable to run for the House of Representatives, Senate, or other political posts because he is not a politician and is not a card-carrying member of the APC, despite the fact that it is his favorite political party.

“I’m running to my house. Yes I’ve chosen to run to my house after serving,” the presidential aide said, laughing.

Asked if he was a member of the APC, he said, “I work for the APC government. I have sympathy for the APC.

“I’m not a card carrying member of the APC. I’m not a politician actually. APC is my preferred party. It’s the party I like. If I didn’t like the party I wouldn’t come to work for a government run by the APC.

“APC is my preferred party, the party has my best wishes but am I a card carrying member? No.”