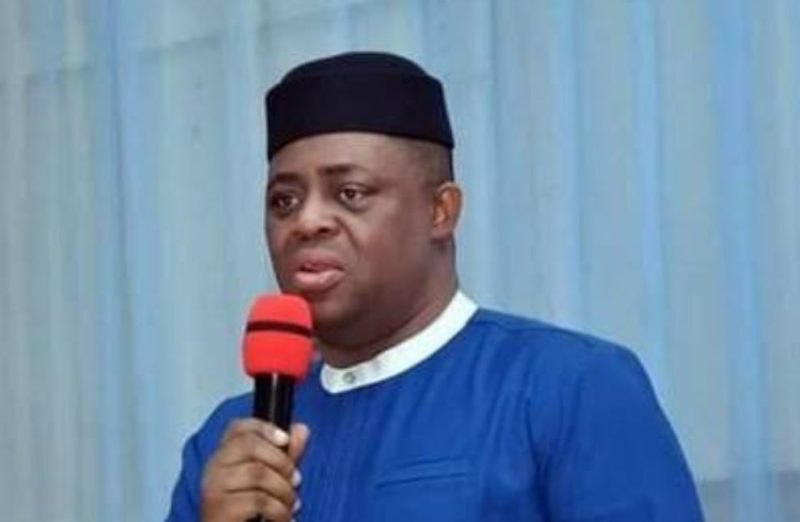 The late General Sani Abacha, who was our Head of State from 1993 till 1998, did something that I will always respect him for.

He ordered the execution of a small group of religious bigots and fanatics who orchestrated the beheading of a Christian trader from Benue state by the name of Gideon Akaluka, in Kano for allegedly “desecrating the Koran”.

The conspirators and orchestrators were 9 in number.

A few days after Abacha gave his orders 8 of them were apprehended and summarily executed and only one managed to escape after which he was hidden away.

Abacha thought that all 9 had been killed. Sadly he was wrong. They misled him. The 9th killer not only lived on for many years but he also later became a leading banker and a traditional ruler.

Akilu was a young officer in 1980 when he personally led a daring, valiant and utterly gallant assault against the dreaded and notoriously violent jihadist, fundamentalist Maitatsine cult in Kano, killing it’s leader Mohammed Marwa, and putting a stop to their unprecedented fanaticism and barbaric atrocities which included the slaughter of thousands of innocent people.

The third and final individual that I believe is worthy of mention is the courageous, dashing and handsome Colonel Abubakar Dangiwa Umar who was appointed Military Governor of Kaduna state by General Ibrahim Babangida in 1985.

During his tenure there were numerous serious and well-orchestrated attacks on members of the Christian community by Muslims in the state and there were a series of violent sectarian clashes.

Umar put a stop to these things swiftly and decisively and he constantly and continuously reiterated the fact that Nigeria was a country in which no religion could laud it over another and where both Christians and Muslims were equals before the law.

He did not brook any form of religious intolerance or fundamentalism and wherever it raised its ugly head he crushed it with strength, power and awesome vigour.

How I wish we still had real leaders and courageous warriors like Abacha, Akilu and Umar in positions of authority and power today.

They would have protected the lives and dignity of people like the celebrated Christian martyr, Deborah Yakubu, who was so cruelly cut short by a rampaging and wild mob of fanatics in Sokoto two days ago and he would have brought to justice ALL those that callously took her life.

All three would have also been very effective in the fight against Boko Haram, ISWA, the foreign invaders, the killer bandits, the terrorist herdsmen, the bloodthirsty kidnappers and the unknown gunmen.

Like the great General Kamal Attaturk, the father of modern-day Turkey, who eliminated religious fundamentalism in his country and turned it into a strict, disciplined secular state, they knew precisely how to deal with the sociopaths, homicidal maniacs, religious fanatics and terrorists that plagued the system, threatened the stability of our country and that sought to undermine and destroy the unity of our nation.

They also defended and reiterated the secularity of our multi-religious state and secured and protected the rights of the adherents of all the major faiths to practice their religion freely. The irony is that all three of them were practising Muslims.

This proves that true leadership is all about being strong, decisive and even ruthless where necessary and cultivating the political will to do the right and proper thing, no matter whose ox is gored or how hard that thing may appear to be.

Most important of all it is about finding the courage to do it.

It is about putting Nigeria and Nigerians FIRST and not tribe or faith and about cultivating the determination to confront anyone or anything that seeks to destroy us or threaten our peace and unity.

We achieved this a number of years ago but things have since gone awry. Can we do it again? Only time will tell. Yet we still yearn for the days when men were men and when evil was confronted with an iron fist.