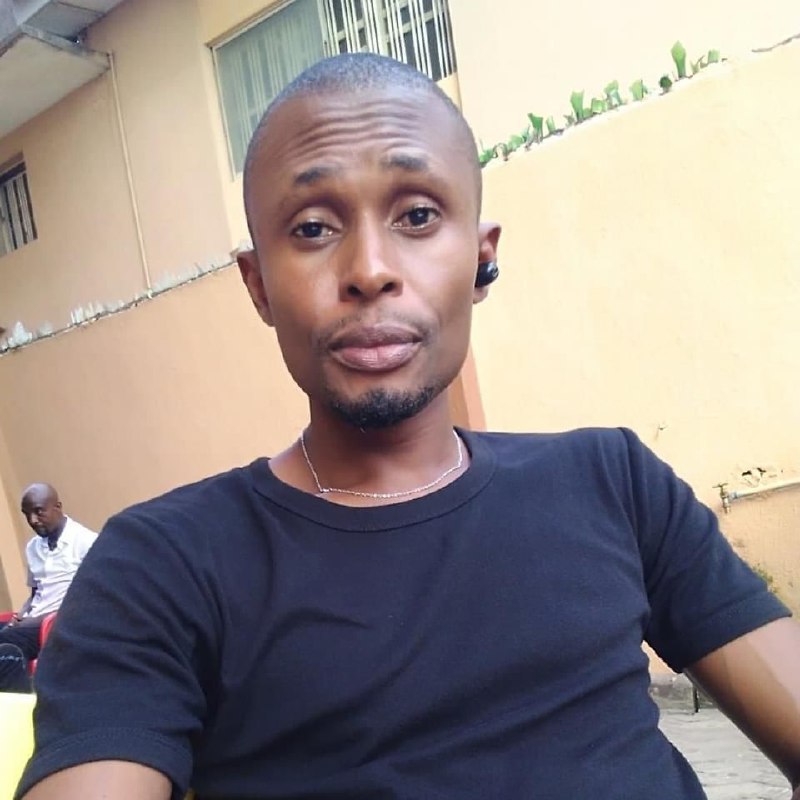 A man identified as Ugo Chukwu has narrated how he risked his life to save a man who was shot by unknown Gunmen in Nnewi.

According to him, he saved the life of a helpless young man who was shot by Unknown Gunmen close to Enem hall in Otolo Nnewi, on wednesday afternoon.

He revealed that although those who saw the young man were skeptical about helping him, he gathered the courage to save the life of the young man by rushing him to the hospital.

Narrating the incident via his Facebook account, he wrote, “This afternoon, a young man was shot at stomach close to Enem hall in Otolo Nnewi”

“I rushed him to a hospital and he’s in the theatre undergoing surgery. I pray he survives”

“This is no longer an issue of unknown gunmen, we are not safe with the presence of security operatives as it stands because we do not know who to trust”

“The victim of the gunshot was unarmed and a businessman who deals on motorcycle spare parts. Everyone who saw him lying on the floor helplessly were all afraid to take him to a hospital because there was no vehicular movement, but I had to do the least I could to save his life” 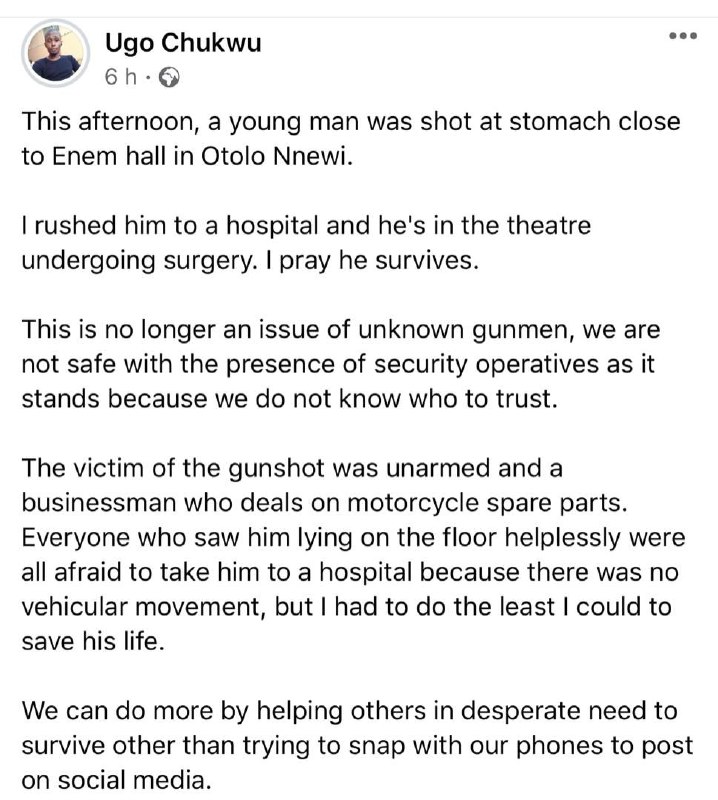