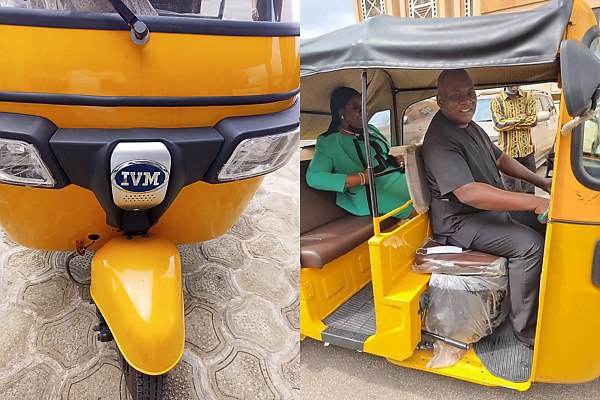 Innoson Vehicle Manufacturing Company (IVM) has announced that it is diversifying into the manufacturing of tricycles as part of its ongoing expansion strategy.

The business stated that it intends to begin producing IVM-branded tricycles in Nigeria later this year, with the primary objective of lowering the existing price of tricycles in the local market.

Innocent Chukwuma started Innoson, which is situated in Nnewi, Anambra State.
The company, which is regarded as Nigeria’s largest vehicle manufacturer, claims to make 70% of its car parts domestically, with the remainder coming from Japan, China, and Germany.

As part of its expansion strategy, the company has said that it would expand out from its primary business.
Innoson Oil & Gas Limited reported last week that it was on the approach of discovering a massive resource in Sierra Leone with 8.2 trillion cubic feet of gas and 234 million barrels of condensate.

Mr. Osigwe stated that the company has already created a prototype tricycle known in Nigeria as Keke, which is currently being tested on the Nigerian market.

“We produced about 100 prototypes that we gave out to different people to test run and give us feedback on it,” he said.

“Right now, we don’t have them in stock for sale, the ones we produce are just samples to collate information.

“We are testing it and we are getting different recommendations. One of the recommendations we got is to make the engine biofuel which we are going to do.

“So it will have the ability to use both gas and petrol,” he added.

He said after gathering information from the people that have tested it, the company will release the final product later in the year.

“We just did a few samples, the main equipment that we will be using to mass-produce is still on the way,” he said.