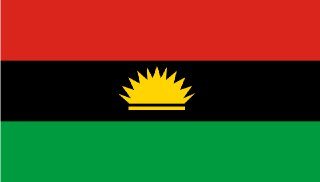 A pro-Biafra alliance has placed its support behind the search for a Nigerian President of Igbo descent.

The pro-Biafra alliance, which includes pro-Biafra parties from the ancient Eastern area, stated it has agreed to back the call for an Igbo-derived Nigerian president, whether from the South-East or the South-South.

They stated the people of the region must unite against those “who utilized divide and rule syndrome against our ancestors and are still relevant in their scheme of political enslavement,” according to a statement issued by Comrade Udemba Okwudili, the group’s administrative Secretary.

They had witnessed the northern oligarchy’s political slavery of southern components, he continued, “which, if left unchecked, would continue to undermine the political and economic liberation of the people of the Eastern area from Nigeria.”

“We have unanimously determined that any Igbo contender who emerges as a candidate for the office of Mr. President, whether from the South-East or the Igbo South-South States, including Rivers, would receive our support,” he said.

Apart from other presidential hopefuls from the South-East, Governor Nyesom Wike and Rotimi Amaechi are both from Rivers State’s Igbo speaking districts, according to Anaedoonline.ng.