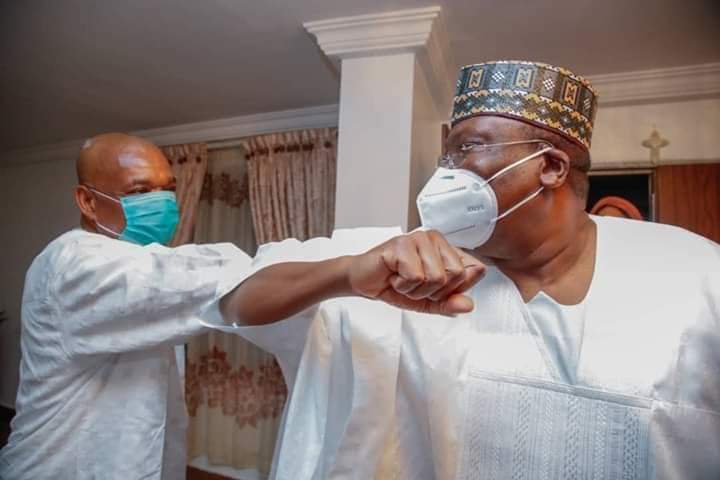 Senate Chief Whip Orji Uzor Kalu justified his choice to abandon his campaign for the presidency of the Southeast in 2023 in favor of Senate President Ahmad Lawan.

In a personal statement issued on Sunday, Uzor Kalu stated that no one loves the Igbo race more than he does, and that he did the action in the best interests of the southeast.

Kalu, who was a presidential candidate until recently, withdrew out of the 2023 contest and proclaimed his support for Senate President Lawan, who is from the northeast.

His choice has elicited a variety of responses, including censure. Chief Mbazuluike Amaechi was one of the people that spoke up.

However, Kalu responded quickly on his Facebook page on Sunday, explaining his reasoning and why he believes he did the right thing.

In a statement headed ‘Mbazuluike Amaechi: “North East, Only Alternative To South East Presidency “- Orji Kalu,’ the former Abia State Governor said: He had to realign once it became evident that other areas would not embrace zoning that would have boosted the clamor for an Igbo president in 2023, he stated.

He chastised lawmakers from other southern subregions for pursuing presidential ambitions in 2023 rather than assisting the southeast in clinching the ticket.

He added that it is in the interest of fairness and justice to the southeast that he decided to support Lawan from the northeast which is a region that is also yet to produce the President of Nigeria.

“I have known Chief Mbazuluike Amaechi for the past 30 years and I have great respect for the Nonagenarian. However, I totally disagree with him and his opinion about my support for the Senate President, Dr Ahmad Lawan.

“If we should stick to every of the expectations enumerated in the statement he allegedly signed, we would be making similar mistakes we made in the past. There is no Igbo man that loves Igbo people more than I do. The only difference is that I am not just a detribalized Nigerian but a very realistic and optimistic Igbo man. People easily forget the too many prices I have paid in defense of Ndigbo

“Good politicians win elections before the elections take place and I genuinely want the South East to win. I expected that the president after President Buhari will emerge from the South East. That was why I was constantly urging all the political parties to be fair to every region of this country. The fairness which I talked about was about the South East and the North East, the two zones that are yet to produce the President of Nigeria. Unless the two parties zone their tickets to the South East, there is no fairness. I believed the zoning was the best means a South Easterner could become president.

“In my previous statements, I applauded a couple of South West and South South Elders who extended their support to our region and also called on other regions to consider the South East for President.
However, We cannot continue to rely on oral support and mere statements when what is needed most is practical action. And what is this action? Persuading and stopping your sons and kinsmen to drop their presidential ambition for the South East. Anything less than that is hypocritical and we cannot fall for it again. If all we do is to rely on statements and speeches of elder statesmen without taking decisive steps, we would be left behind politically again and we don’t want that to happen .

“If the South West and the South South aspirants did not buy presidential forms from both parties in solidarity with the South East, no northerner would have purchased the same forms.

“However, it will be a hallucination if I expect everyone to support my position. What matters to me most is that I am sure I am doing the right thing and I shall continue to stand firm on my convictions. Majority of the Southerners are in agreement with my position and I have done the right thing by supporting Senator Ahmad Lawan, a North Easterner who possesses all the necessary requirements needed of a president.

“In all these, my stand has been conspicuously clear. It is the turn of the South East and I would only run for President if the party zones it to the South East, not just South and this is a stance that I have always maintained in the last few years . In the absence of the Presidency to the South East, my support goes to the North East which is the closest to equity and fairness. If I am right, let posterity applaud me, if I am wrong, let it judge me.”