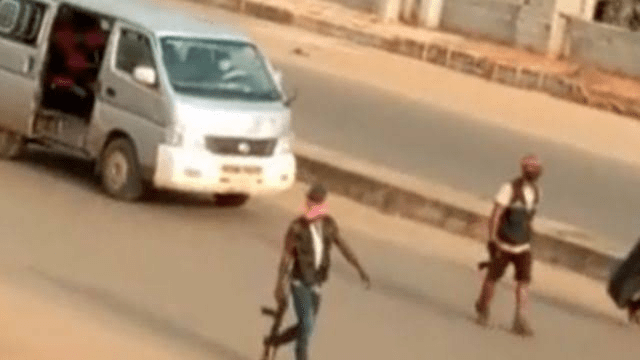 Two persons have reportedly died following an attempt by an unknown gunmen to kidnap an unidentified man in Nnewi, last night.

According to an eyewitness, the unidentified man in the process of trying to escape from the kidnappers knocked down two persons, who died at the spot.

He said although the man eventually escaped the kidnappers who shot the man’s car severally, two persons, a man and a lady died at the spot.

The whereabouts of the man is yet to be known as at the time of writing.