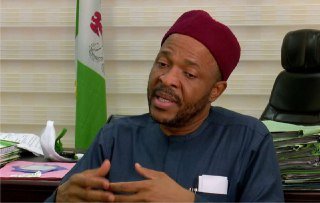 Chukwuemeka Nwajiuba, a presidential candidate on the platform of the All Progressives Congress, APC, has revealed how he obtained N100 million to buy the party’s presidential forms.

Nwajiuba revealed that he raised funds for the forms by selling yams and soliciting contributions from friends.

About 3,150 Nigerians paid money and yams to buy his forms, according to the former Minister of State for Education.

Nwajiuba said this while speaking to reporters in Abuja after resigning from Buhari’s cabinet to pursue his presidential aspirations.

“I have members of the House of Representatives from 1992 who endorsed me, even before they contributed money. Some have paid N1,000 each.

“One man from Nasarawa gave me 150 yams from his farm to sell. People are investing with the hope that there may be a new Nigeria,” he said.